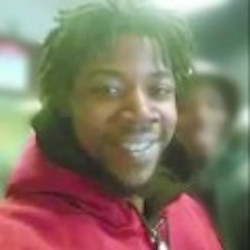 On November 15, Minneapolis police fatally shot 24-year-old Jamar Clark in the head. Eye-witnesses say Jamar was handcuffed with his hands behind his back when police shot him in the head "execution style."

The entire event was likely caught on video by a nearby camera, but local officials are refusing to release the footage. Black Lives Matter activists occupied the 4th district police station for 18days demanding the release of the video and justice for Jamar. During the occupation, 5 protesters sustained serious gunshot wounds after a group of alleged white supremacists opened fire on the encampment.

Enough is enough! It's time for us to turn up the pressure to get Jamar's family the answers they deserve.

This is the letter we will send to Minneapolis officials and the Minnesota Department of Public Safety. You can add a personal comment in the space provided.

I am writing to demand you release all video of the Jamar Clark police shooting.

Eye-witnesses say Jamar was handcuffed with his hands behind his back when police shot him in the head "execution style." This type of brutal and discriminatory police violence has no place in Minneapolis.

As Minneapolis leadership, you have the power and responsibility to ensure transparency and accountability in your police department. Jamar's family and friends have a right to know exactly what happened to their loved one. I urge you to release the tapes and to do everything in your power to hold all those responsible fully accountable.