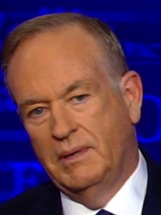 Bill O'Reilly has built a lucrative career for himself by attacking Black communities with misleading rhetoric and outright lies in order to advance an outlandish, right-wing agenda and smear fair policies.

With such a large following and platform, O’Reilly must be held accountable for the dissemination of these harmful mistruths about Black communities. We can no longer let his advertisers silently stand by while O’Reilly makes such dangerous and dehumanizing remarks again and again.

Stand with us in demanding advertisers turn their backs on Bill O'Reilly once and for all.

This is the letter we'll send to O'Reilly's advertisers on your behalf. Feel free to add a personal comment in the space provided.

Bill O’Reilly has built his career by lacing ugly, race-baiting commentary with stereotypes in order to sour his viewers on policies and ideals designed to improve our communities.

His history of attacking Black communities with misleading rhetoric and outright lies in order to advance an outlandish, right-wing agenda and smear fair policies is extensive. And it’s also dangerous, shaping perceptions of Black people in the minds of viewers, and thus endangering Black people in neighborhoods, courtrooms, and classrooms across the country.

Any advertiser who continues to stand behind a man committed to spinning harmful lies at the expense of our communities is sending a clear message: they don’t value us or our business.

We demand that you no longer advertise during Bill O'Reilly's Fox News program, "The O'Reilly Factor." Our message is simple: if you support hatemongering, we don’t support you.