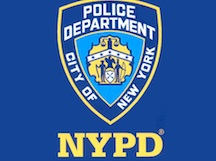 The NYPD has been caught red-handed making anonymous edits to Wikipedia pages for the “Stop and Frisk” policy, as well as police brutality victims Sean Bell, Amadou Diallo, and Eric Garner.

These weren’t small corrections to simple factual inaccuracies, either. They were blatant attempts at rewriting history. Someone must be held accountable here.

Demand NYPD Commissioner William Bratton publicly condemn the actions of the officers or employees responsible for these edits.

This is the letter we'll send to Commissioner Bratton on your behalf. Feel free to add a personal comment in the space provided.

The outrageous attempts to rewrite history by editing Wikipedia pages related to police brutality by anonymous officers or employees of the NYPD are entirely unacceptable. These were blatant attempts at marginalizing and manipulating important conversations around police brutality.

You have admitted to a long history of racism and missteps by the NYPD, which has contributed to deep distrust between police and black communities. You have also vowed to do what you can to repair that broken relationship. Implicitly supporting any member of the police force that seeks to eradicate the existence of long standing systemic problems and rewrite a history of police brutality is not the way for you to repair the damage that has existed for decades.

We demand that you publicly condemn the actions of the officers or employees responsible for these edits.