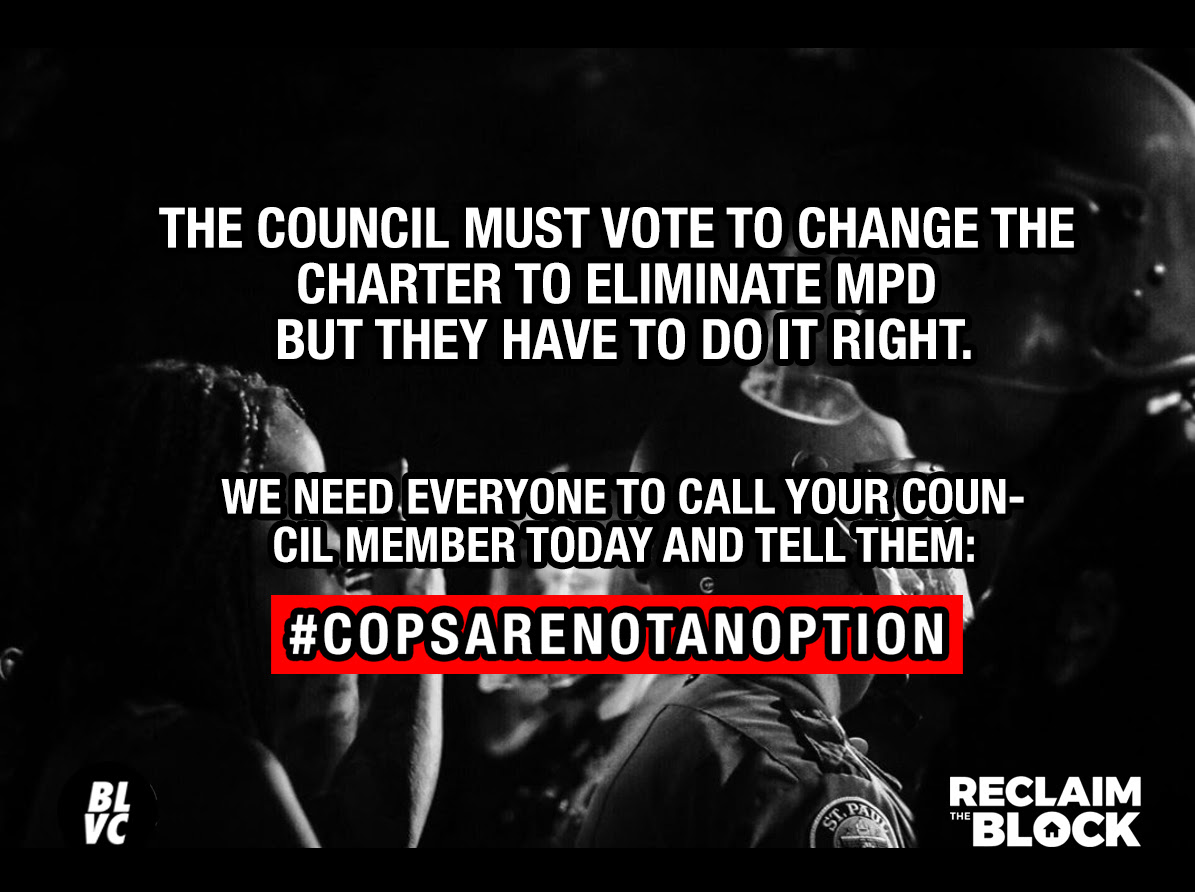 On June 7th — after weeks of protest in response to the murder of George Floyd — the Minneapolis City Council vowed to disband the Minneapolis Police Department. We need to make sure they keep their word.

Black Visions and Reclaim The Block have been pressuring Minneapolis City Council Members to #ChangeTheCharter and defund MPD.

Unfortunately, the Council is ready to move on a charter amendment that would give the police too much power to shape the future of public safety in our city. The City Council needs to hear from you today.

The Council must vote to change the charter to eliminate MPD — but they have to do it right. We need a clear commitment that the future of public safety in Minneapolis will not be led by current or former cops.

We’ve seen this play out before: lawmakers giving in to pressure from a few loud voices instead of listening to demands from the people. We can’t let it happen this time. The stakes are too high.

As you read this, Minneapolis City Council is finalizing language before tomorrow's vote. That's why we need all hands on deck to call members of the City Council and tell them that the future of public safety in Minneapolis should not be led by current or former cops.

Color Of Change is standing with Black Visions and Reclaim The Block, and we need EVERYONE to call your Council Member TODAY and tell them #CopsAreNotAnOption.