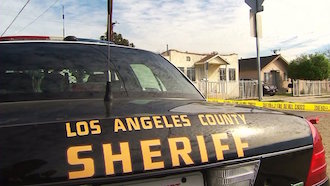 BREAKING: Next Tuesday, the Los Angeles County Board of Supervisors will decide a crucial measure that will change the way sheriffs will be held responsible for misconduct. The measure will make it easier for deputies to be fired. This is on heels of a major case in which there is already a current list of 300 deputies who all have a history of misconduct that Sheriff McDonnell has been pushing to release to prosecutors.

In a period of nine days this month, four people have died while in custody in Los Angeles County Jails. One man who was awaiting trial died from a head injury. The Los Angeles County Sheriff's Department operates one of the largest and dangerous jail systems in the country. This is the same law enforcement agency that has a horrible reputation for misconduct. Already there's list of 300 deputies with a history of problems. This information should easily be handed over to the prosecutors' offices.

Time is running out and the Los Angeles Superior court has an important decision to make.

Los Angeles is once again refusing to move toward real police accountability and transparency.

Last week, an appeals court in Los Angeles blocked the Los Angeles County Sheriff's Department from handing over the names and information of 300 deputies to prosecutors. These officers have a history of police misconduct that ranges from theft and bribery to domestic violence and brutality.

Such information could be used as crucial evidence in an investigation involving an officer. Sheriff Jim McDonnell wants to send the names to prosecutors who can then decide to add the information to an internal database that tracks problem officers. Sheriff McDonnell fought to have the names of the deputies sent to Los Angeles County District Attorney's Office, which could have helped in the case against former LA County Sheriff Lee Baca who is responsible for committing obstruction in an FBI investigation into the prisoner abuse at the hands of deputies under Baca's watch.

The notorious law enforcement union, The Association of Los Angeles Deputy Sheriffs believes law enforcement officers are above the law and deserve extra protections and secrecy. They are mistaken. This decision by the court is a huge setback toward real progress in addressing and eliminating police violence and misconduct.

That is why we join Dignity and Power Now along with other local leaders to demand that Superior Court Judges Bigelow and Sortino lift the temporary hold and allow for real transparency, accountability, and fairness.

Below is the letter we will send on your behalf:

The decision to block the Los Angeles County Sheriff's Department from allowing the names of the deputies to be used in investigations is a miscarriage of justice.

Sheriff Jim McDonnell was acting with integrity by collecting the names of the 300 deputies. He is working to ensure no officer is above the law and that every case is investigated fairly. There is a long legacy of police violence against vulnerable communities in Los Angeles and officers who act irresponsibly are rarely held accountable or prosecuted for their misconduct. The LA County Sheriff has a constitutional right to provide pertinent information about deputies to the prosecutors' offices.

Please make the right decision and lift this temporary hold. The people of Los Angeles deserve to have the power to have oversight of law enforcement.