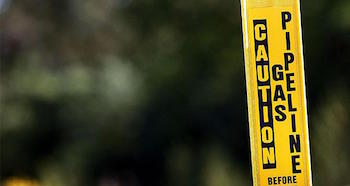 Two towns suffered from the same pollution issue, as a result of actions taken by the same corporation, but received vastly different responses. In both cases, the communities were exposed to mercaptan, a chemical that the Environmental Protection Agency (EPA) reports can depress the central nervous system and diminish respiratory function.

Yet only the residents of Porter Ranch, California received relocation while their homes were cleansed of toxic chemicals, and compensation for harm done. The residents of Eight Mile, Alabama have received only token responses and remain afflicted by severe effects of mercaptan exposure, ongoing now for more than eight years.

The only difference? The town of Porter Ranch is mostly white and affluent, whereas Eight Mile is predominantly Black and poor.

Sempra Energy shouldn't be allowed to get away with this kind of environmental racism, leaving a Black community poisoned and abandoned. Sign now to demand justice for the families of Eight Mile.

Below is the message we'll deliver to the President, CEO, and executive board of Sempra Energy on your behalf:

Dear Ms. Reed, Mr. Snell, and Sempra Energy executives,I am writing to express my deep concern regarding the clear racial discrimination in your unequal response to the communities of Porter Ranch, California and Eight Mile, Alabama. Your actions in neglecting the community of Eight Mile, which is predominantly Black and poor, reflect the worse aspects of environmental racism and corporate discrimination. I demand that you:

To do any less would be to admit that your corporation adheres to a racial double standard in accepting responsibility for your actions, and to allow more than 1,300 residents of a Black, poor community to suffer as a direct result of your choices to prioritize profit over people. This is your opportunity to be accountable to those who you have harmed, and to set right what was made wrong.