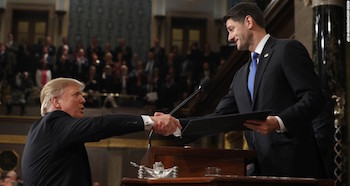 Save our healthcare! Stop Ryancare now.

On Friday, Congress will vote on Ryancare: a draconian bill authored by Paul Ryan and Donald Trump that will make healthcare in America even worse than it was in the Bush era. Ryancare will give a $600 billion tax cut to the rich, force 24 million people to lose health insurance over the next 10 years, defund Planned Parenthood, and slash public health funds while ending stroke prevention and Alzheimer’s research.

The bill is so bad that already, ten Republicans have said they can’t vote for it in good faith. But there are still eleven Republican members of Congress who are on the fence--they’re leaning towards a “no” vote, but may turn their backs on their constituents if we don’t remind them who they’re accountable to--us, not Trump and his band of mindless minions.