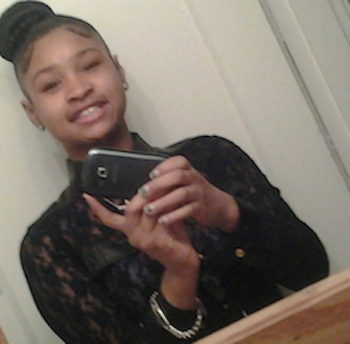 WFPL News released this disturbing audio of the 911 call that led to Gynnya's prosecution:

It was reported that at the time of Gynnya's arrest, she was visiting her mother, but living full-time at a child-welfare agency. Due to unhealthy living conditions, quiet Gynnya had not lived with her mom since July 2015. This 911 call was made after an altercation Gynnya with her mother during a weekend visit. It is heartbreaking to listen to Gynnya's painful cries in the background as she is being pinned down by her mother's male friend, during the call. Her mother can be heard yelling belligerently offenses at the child and calling a "whore", "dumb" and a "bitch".

From this recording, it is obvious they have a troubled relationship, which leads to the question of why was Gynnya just not taken back to her home at the child-welfare agency? We were told the welfare agency was even contacted until after Gynnya was taken to the detention center and found dead.

Maryhurst is the Kentucky's oldest child-welfare facility. It provides housing, counseling and other therapeutic treatment for children. The residency had previously provided Gynnya and her mother with on-going therapy sessions. So, why was Gynnya not taken back to this safe haven with professionals who  specialize in managing these types of occurrences?  Why was she taken over 70 miles away to a child jail to be assaulted and then left in solitary confinement with minimal oversight from a man with a history of violence and neglect?

ColorOfChange has hired an investigator to find answers to these questions since the state is dragging their feet and intentionally prolonging their investigation. Please CLICK HERE to help fund our investigation and provide answers for Gynnya.

Can't donate, but still want to take action? Sign our petition to demand for Governor Matt Bevin to provide answers for Gynnya’s death by releasing the unedited audio and surveillance tapes by entering your name into the fields on the top righthand corner of this page. 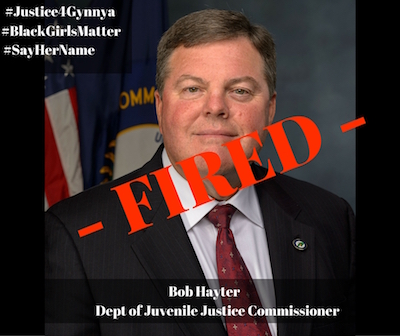 Although Kentucky police continue to claim that no foul play was involved in Gynnya's death, after more than 100,000 ColorOfChange members and their allies took action to demand answers, Kentucky Governor Matt Bevin ousted the Department of Juvenile Justice Commissioner and the staffer who neglected to properly watch over Gynnya. It is clear that public pressure and attention to the case is forcing officials in Kentucky to take this seriously. We must continue to push and expose the truth.

Activist on the ground began calling on justice for Gynnya in January and are not letting up anytime soon. However, they are in critical need of support to continue their momentum. We are partnering with the Blackout Collective to provide the training and organizing support to sustain their efforts of obtaining answers for Gynnya and ensuring that no child will have to experience this tragedy.

On January 11, Gynnya McMillen was found dead in her room in the Lincoln Village Regional Juvenile Detention Center in Elizabethtown, KY. Admitted into the center a little over 24 hours prior to her death, the  once healthy, 16-year-old girl’s life has been taken and the police have offered very little information. Nonetheless, disturbing snippets of the truth have been slowly surfacing as the family and community continue to demand answers.

It was announced that upon arrival, multiple detention staff immobilized the 16-year-old girl using a martial-arts restraint after she refused to take off her sweatshirt. It was also found that the center neglected to perform required 15 minute check ups on Gynnya. Even once they discovered she was not breathing, the center nurse did not immediately begin resuscitation efforts. It was not until 11 minutes after they realized Gynnya was not responding and a conversation with police, that the nurse began performing CPR.

It was Gynnya’s first time going to a juvenile detention center, which resulted from an altercation she had with her mother. No child’s life should ever end after entering a detention center. No family should have to go this long without knowing what happened to their loved one. Please stand with Gynnya’s family and call for Governor Matt Bevin to provide answers for Gynnya’s death by releasing the unedited audio and surveillance tapes.

Demand for Governor Matt Bevin to provide answers for Gynnya’s death by releasing the unedited audio and surveillance tapes by entering your name into the fields on the top righthand corner of this page.

I am writing to demand that you respond to the request of Gynnya McMillen’s family and the community to publicly release the unedited audio and surveillance tapes for the days 16-year-old Gynnya was in the custody of Lincoln Village Regional Juvenile Detention Center in Elizabethtown, KY.

Gynnya’s family and community members deserve to know if protocol was followed when handling Gynnya while she was alive and after she was found unresponsive. We deserve to know what events led to her death.