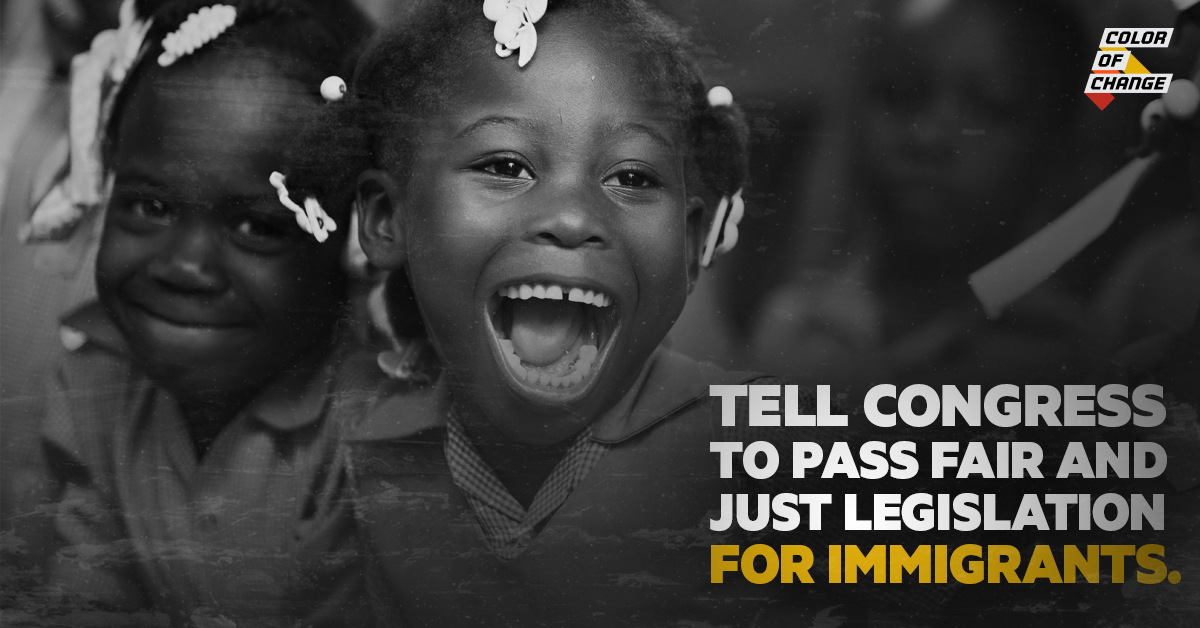 We need to use this moment to center Black immigrants, many of whom benefit from the Temporary Protected Status program that Trump ended last year. As a result, many Black immigrants are already being deported. Call congress and demand that they protect Black immigrants NOW.

Jeff Sessions just announced that the Trump administration is eliminating DACA. Trump also tweeted to Congress, 'get ready to do your job - DACA,' confirming that the job of protecting immigrant families from being torn apart is now in the hands of Congress.  DACA currently protects over 800,000 young immigrants from being deported. It allows immigrants to stay in the U.S. live with their families, work, go to school, and thrive in their communities. Without such program, millions of families will be torn a part.

All of this is happening right on the heels of Trump abusing his power and pardoning former Maricopa County, Arizona sheriff Joe Arpaio who was just convicted weeks ago for human rights abuses. He is a known racist who spent his entire tenure as sheriff racially profiling Latinx communities. We cannot forget Trump administration is determined to build a border wall. He's already done more than enough to hurt immigrant communities with the executive orders to strip funds from Sanctuary Cities and issuing travel bans that target Muslim immigrants. This is all of larger racist, white supremacist agenda to get rid of communities of color, and Black and Brown immigrants. Congress must stop Trump now. Their silence must end today.

Provide your number to the right and our handy tool will call you and connect to your Representative and Senator's office.  If we already have your number, just click "Call Now."