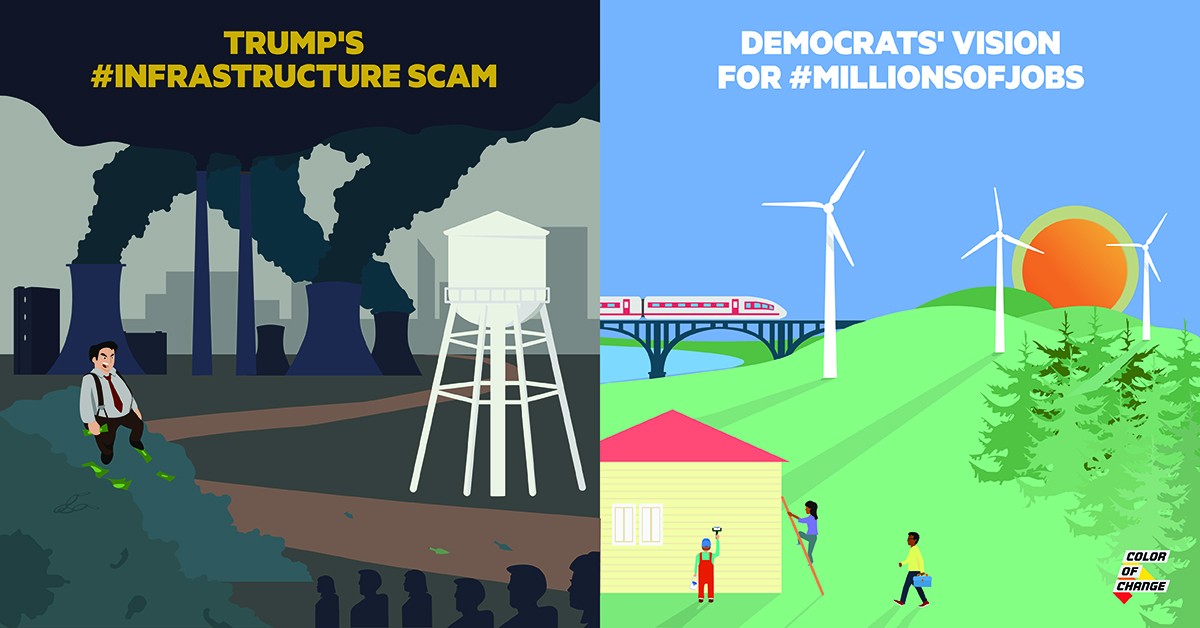 Trump's infrastructure plan is more of the same - a $1.5 trillion giveaway to the rich and powerful at the expense of the wealth and health of Black, Latinx and low-income communities. A giveaway that will be used to sell off our public roads, hospitals and schools to Wall Street and will be funded by draconian cuts to the social safety net, rollbacks of environmental protections, and by gutting fair wage laws. Programs like Social Security, Medicare/Medicaid, SNAP, and federal housing assistance will be slashed to line Wall Street's pockets.

Democrats in Congress have better plans that don’t come at the expense of the social safety net and environmental protections. Their vision for “Millions of Jobs” will invest in the public infrastructure that helps us get to work, school, and the voting booth and provides our communities with good, 21st century jobs. To stop Trump’s scam infrastructure plan we need to push Members of Congress to support the bold principles needed to create a just 21st century infrastructure bill.