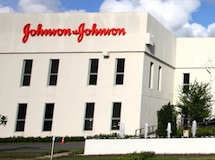 We wrote Johnson & Johnson to let them know that more than 85,000 ColorOfChange members have asked that they disassociate themselves from ALEC. We made sure Johnson & Johnson knew that through their membership in ALEC, they supported racially-discriminatory voter ID laws that have the potential to disenfranchise over 5 million people in the upcoming elections.

After hearing that information, Coca-Cola, Pepsi and Kraft Foods all decided to end their relationship with ALEC. But despite numerous emails and telephone calls, we can't get Johnson & Johnson's management to get back in touch with us. It appears they believe that if they ignore us we'll simply go away.