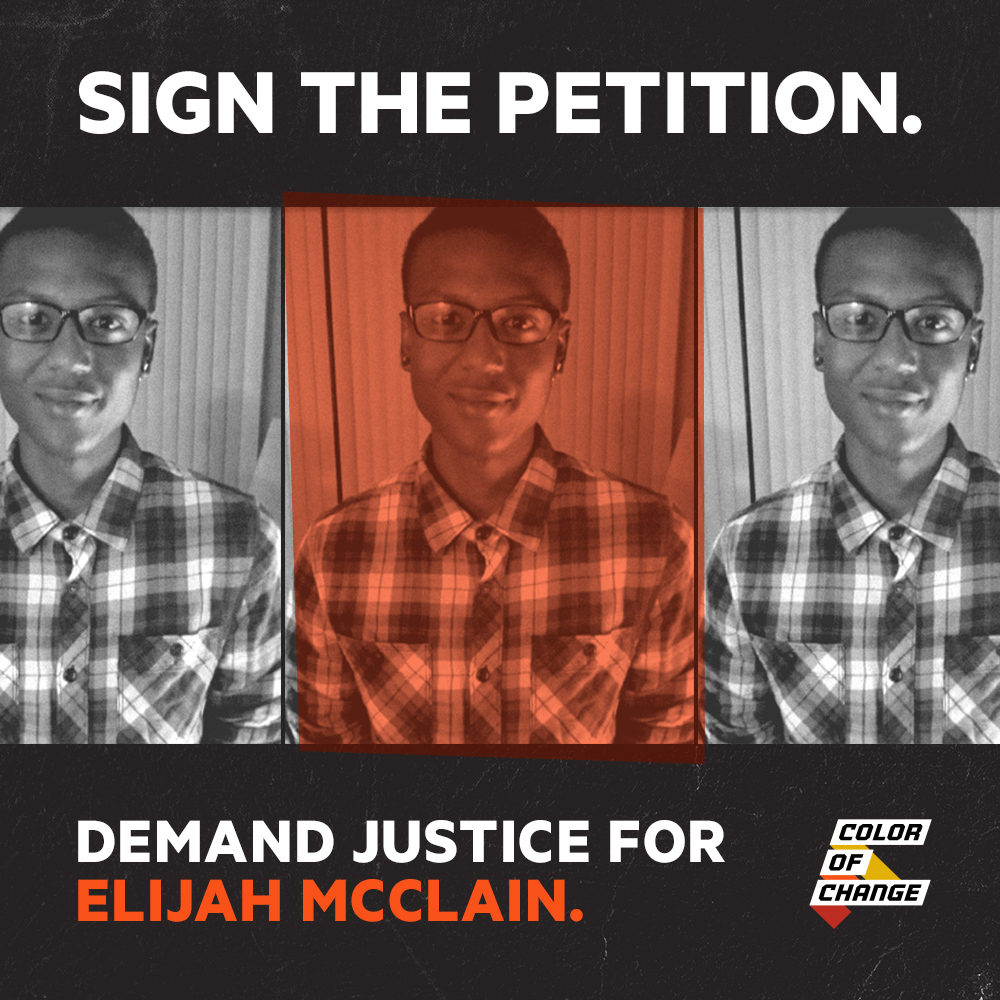 **UPDATE: A grand jury will review the murder of Elijah McClain.

See below for more details on Elijah's case.

Elijah Mcclain should still be alive today. Make a call at +1 844-276-7927 to demand AG Phil Weiser charge the officers who murdered Elijah.