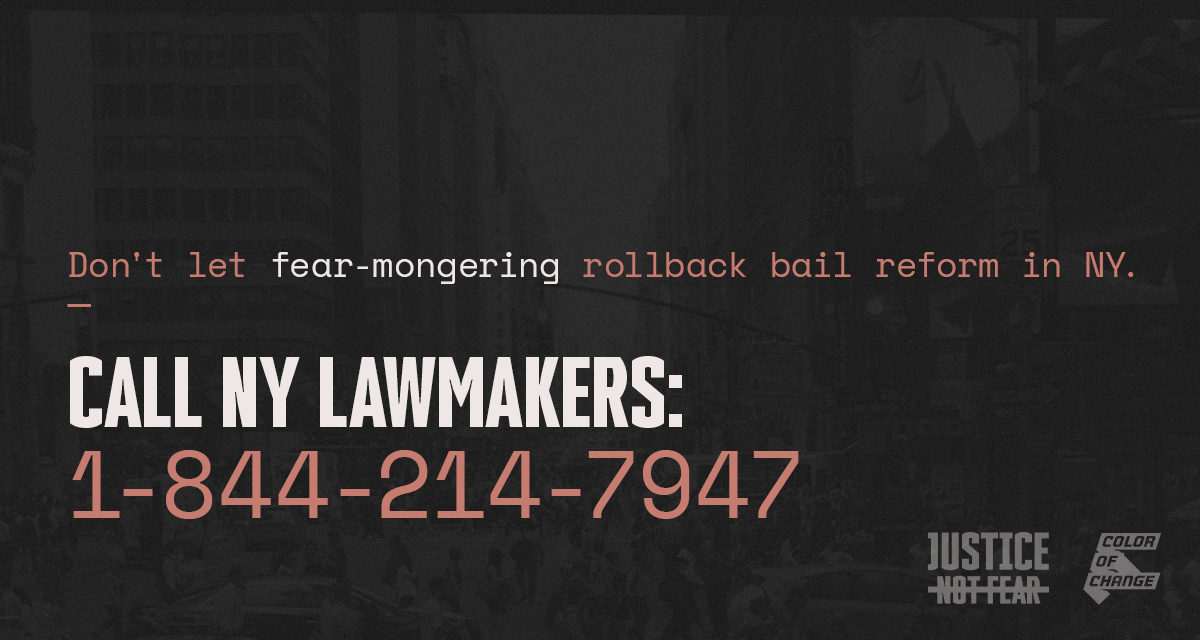 We're just DAYS away from losing the battle against rollbacks on bail reform in New York. Last week we learned about a closed-door discussion amongst Assembly Speaker Carl Heastie, Majority Leader Stewart-Cousins, and Governor Cuomo where they decided to rush ahead of the original date of April 1 to pass the state budget by the end of the week. But with COVID-19 cases increasing by the hour, any rollbacks to bail reform would only increase jail population sizes and further expose thousands to this dangerous virus. We must put a stop to the effort from NY lawmakers to hastily pass the new budget amidst this public health crisis, too many lives are at risk.

That's why we need your help to flood the offices of Assembly Speaker Carl Heastie, Majority Leader Stewart-Cousins, and Governor Cuomo with phone calls. They should be doing everything they can to stop the spread of coronavirus in jails and prisons not rushing changes to the bail reform law, putting thousands of incarcerated folks and their families at risk. Nassau County jail just had their first confirmed case of COVID-19 leaving staffers at the prison facility scrambling to find all those who might've come in contact with the virus. But this is just the tip of the iceberg. Jails and prisons are incubators for disease and virus and it's only a matter of time before we see an uptick in cases. Now is not the time for an increase in the jail population. We must put a stop to any attempt to pass a bail reform law this week. Tell NY Lawmakers: Do your part in stopping the spread of coronavirus, no new bail reform law.