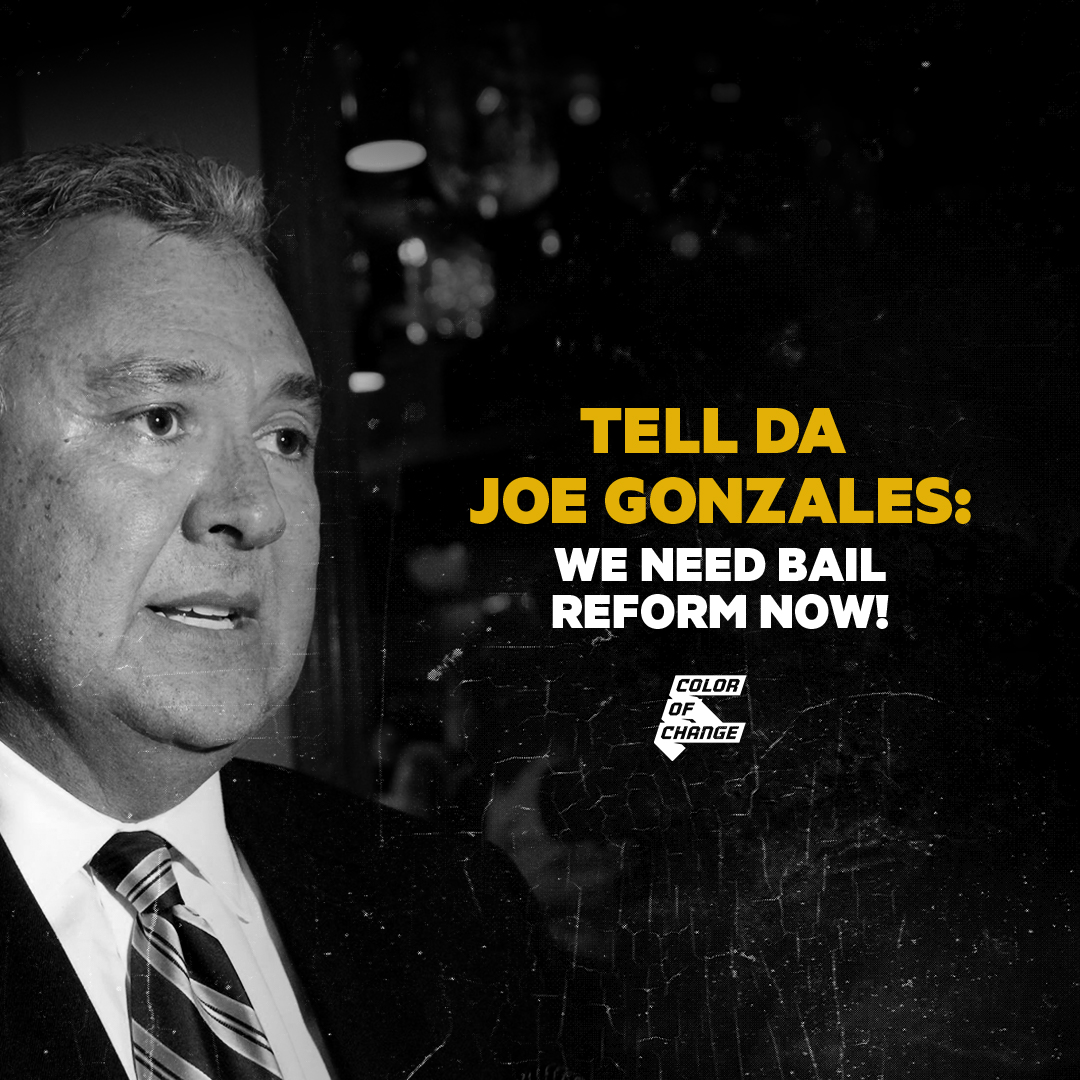 Another Black woman has died in police custody because she couldn’t afford to post bail.

Janice Dotson-Stephens was a 61-year old Black woman being held in a Bexar County jail since July because she couldn’t afford to pay a $300 bond. While the details of the case are developing, it is clear that Dotson-Stephens died in custody while being wrongfully held in jail for 6 months.

The recently elected District of Attorney of Bexar County, Joe Gonzales, has the power to end this corrupt practice. DA Gonzales has already been a vocal advocate of ending money bail, describing it as a waste of county resources and criminalization of Bexar Country’s poorest residents.

However, Bexar County's judges are defending the corrupt and exploitative use of money bail. In a closed-door meeting, DA Gonzales, advocated ending this corrupt and exploitative practice, but the county's judges were in deep opposition. We have an opportunity to call DA Joe Gonzales and the county judges to follow through on the promises they've made to the people of Bexar County by changing the culture of criminalizing the poorest and most vulnerable members of our community. Urging the county judges to definitively end money bail, will change the exploitative practice of holding millions of Black people in detention cells, even though they are presumed innocent, in a state that has one of the highest incarceration rates in the country.

We urge you to create a concrete plan to implement bail reform that brings about tangible results within your first 100 days in office. Now is your opportunity to follow through on your promises to the people of Bexar County by changing the culture of criminalizing the poorest and vulnerable members of our community. Black people are dying while you fail to take action.

Black people all across the country are disproportionately impacted by money bail. Everyday an average of 700,000 people are condemned to local jails and separated from their families. A majority of them are simply because they cannot afford to pay bail. In Texas, pretrial policies, such as those held in jail on bond, have driven recent jail population growth. Black people are 12 percent of the total population in Texas but comprise 32 percent of the prison population. For people of color, the cost of bail is almost certainly out of reach. As a result, many remain stuck in jail, losing their ability to work, access to their families, and the freedom to live on the notion of presumed innocence. These same individuals will often suffer the consequences of a criminal record by assuming guilt, just to get out of jail. If the system was fair this would not be the case. This corrupt system has led many desperate people to get their loved ones out of jail, and trapped in the scheme of debt and poverty with bail bond corporations.


We demand that you make good on your promises and end money bail in Bexar County.