Tell Twitter Black organizers should not become enemies of the state for protesting.

Tell Twitter Black organizers should not become enemies of the state for protesting. 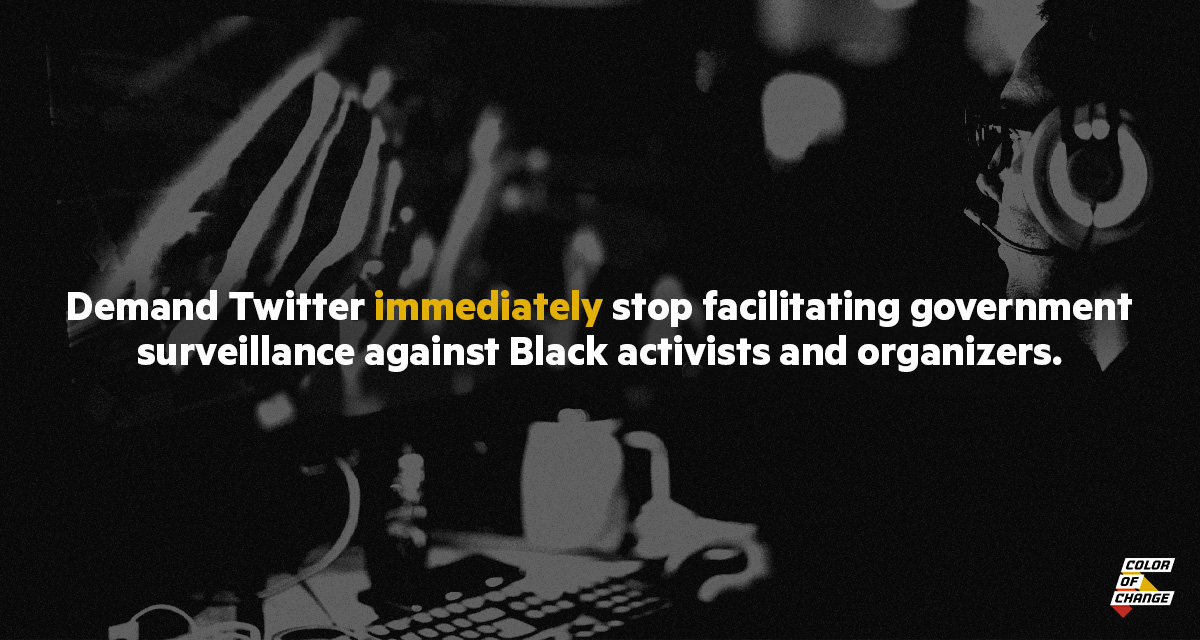 Black activists and organizers should never be targeted for standing against injustice. All 50 U.S. states plus 18 countries participated in Black Lives Matter protests. Yet, Black activists and organizers are more likely to become targets of high-tech police surveillance thanks to Twitter and an artificial intelligence company called Dataminr. In violation of Twitter’s ban on law enforcement surveillance, Dataminr is actively compiling information on Black activists—including names, locations, and Twitter handles—and sharing it directly with police agencies across the country.

This type of surveillance is a threat to the lives and safety of Black organizers. Historically, Black movement leaders have been unconstitutionally targeted, attacked, jailed, or even killed by law enforcement in their efforts to confront racism, police brutality, and police violence.

Twitter has vocally supported the movement for Black lives and spoken out against law enforcement using Twitter to surveil us. It is time for Twitter to live up to the promise they made to us to never allow developers like Dataminr to assist law enforcement to surveil our communities. Demand that Twitter immediately stop its affiliate Dataminr from facilitating government surveillance against Black activists and organizers.

Below is the letter we will send to Twitter Executives:

A public statement in support of Black lives is not enough if your platform and affiliate Dataminr continues to facilitate government surveillance against Black activists and organizers. The real-life harm that can come to protestors that take action against police brutality should not come at the expense of their safety or use of a platform designed to share ideas and connect. Twitter must immediately stop its affiliate Dataminr from facilitating government surveillance against Black activists and organizers and sever ties with government agencies that track the actions and whereabouts of protestors.