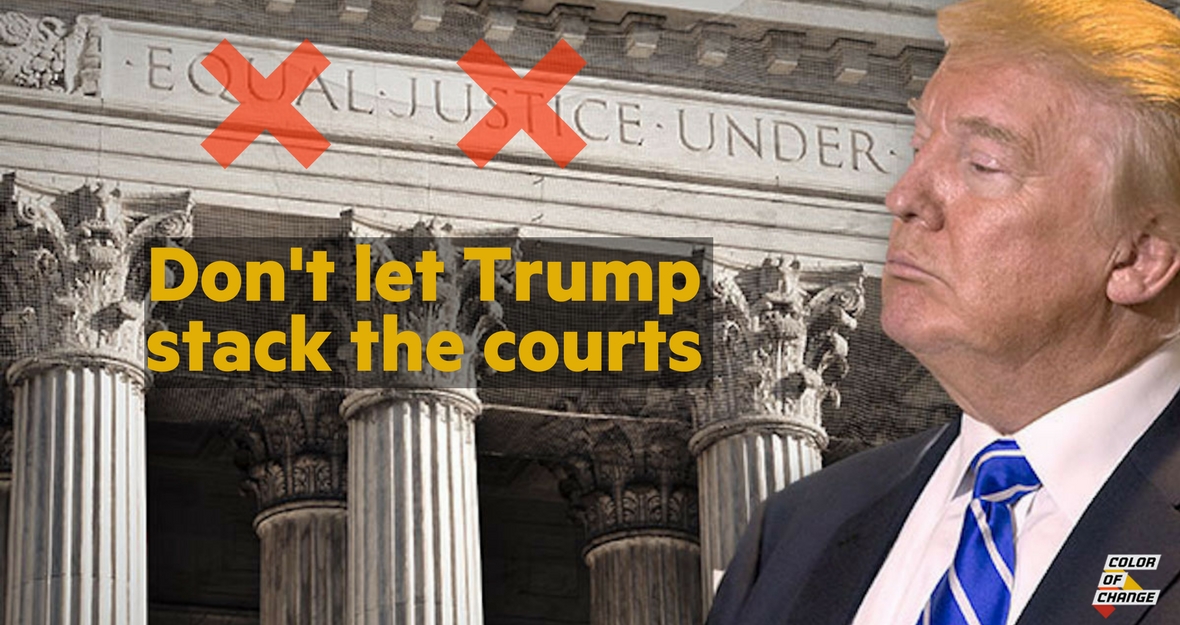 Donald Trump is setting a record pace of nominating young, extreme right-wing judges for lifetime appointments to the bench.

Letting Trump stack the courts while he and his administration are under investigation for possible collusion with the Russian government was bad enough. Now that Trump, a public racist for much of his adult life, has stood with the violent white supremacists and Nazis who terrorized Charlottesville and pardoned racist civil rights abuser Joe Arpaio, it is even more appalling.

Trump’s actions make it clear that he has no respect for our courts and the rule of law. We cannot allow Trump to use lifetime judicial appointments to institutionalize his hateful agenda for generations. Tell the Senate Judiciary Committee: No lifetime judicial appointments for a president who has shown he has no respect for the Constitution or the rule of law.

Stop advancing judicial nominees from a president who has shown he has no respect for the Constitution and the rule of law.