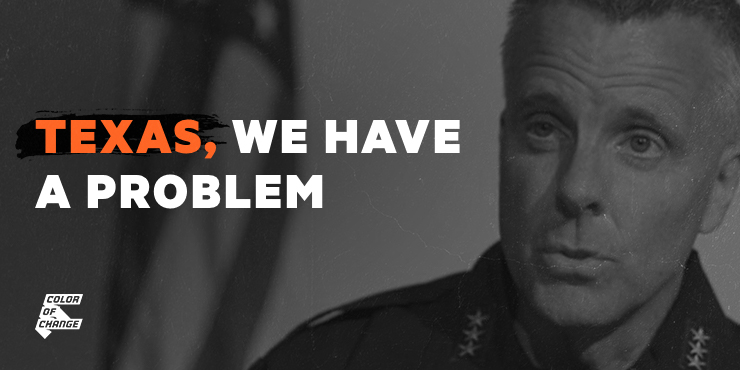 Texas’ deadly secret is being exposed. Domestic terrorism and hate crimes are being carried out by white men across the state, but Texas officials, including Governor Greg Abbott and Austin police chief Brian Manley, and the media refuse to identify and address it as racially-motivated crimes.

Donald Trump’s White House tweeted a statement rejecting the serial bombings as a hate crime. Texas Governor Greg Abbott, law enforcement, and media outlets are already painting Conditt as this innocent, young American who struggled with unemployment. But we are not buying their sappy, sad narrative. This is an act of domestic terrorism and if Conditt were Muslim, Black, or Brown, this crime would have already been classified as an act of terror. But Texas has a culture of underreporting and ignoring violent attacks targeting their most marginalized communities -- Black and Brown people.

The majority of victims killed in the serial bombings are Black folks and people of color. Given the small population of Black people in Austin, it must be assumed that communities of color were targeted until it is concretely ruled out.

Governor Abbott and Austin police chief Brian Manley have blood on their hands if they continue to ignore the rise of racially motivated attacks in Texas.

Below is the letter we will send to Austin police chief Brian Manley: