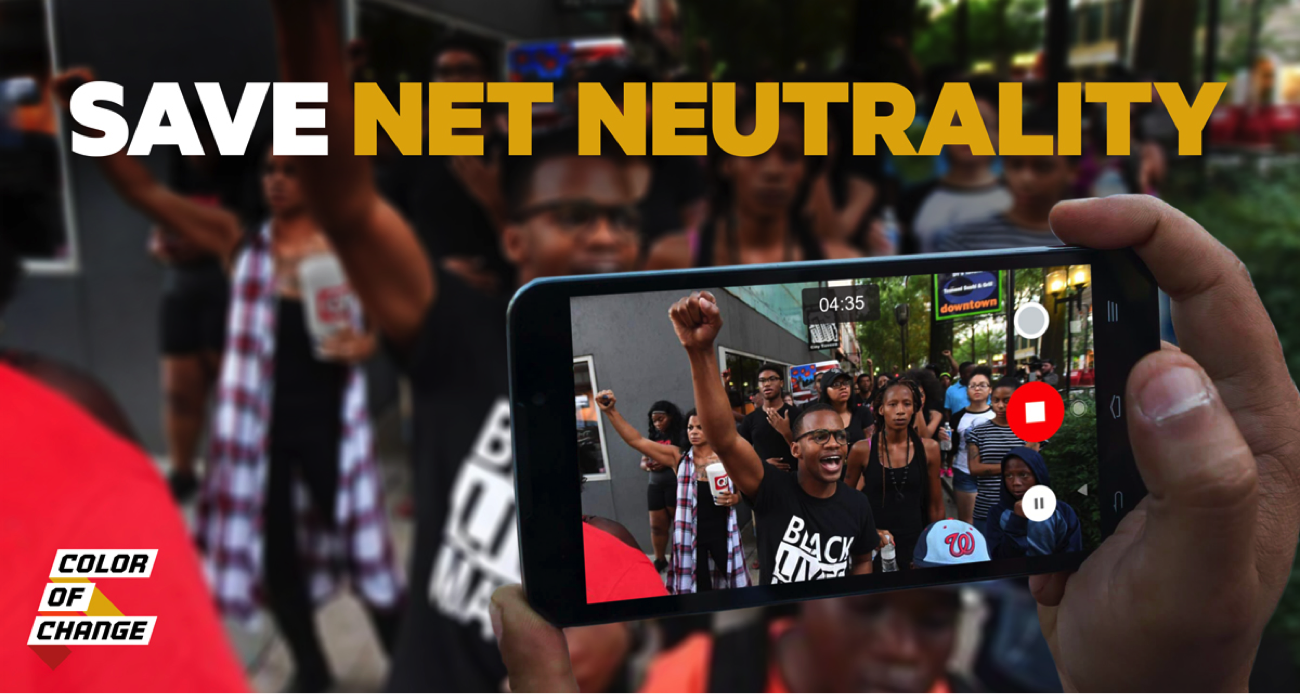 On Thursday the FCC voted to kill the open internet and has put our twenty-first century civil rights at serious risk. Our free and open internet was built on net neutrality, and Chairman Pai and the Trump administration’s decision to join hands with the telecom industry to dismantle net neutrality will forever alter the internet as we know it.

Without net neutrality, everyday users will experience an internet where access to some of their favorite online services is slowed to a snail’s pace and countless Black activists and other social justice advocates will find their voices silenced because they can’t pay internet service providers for faster bandwidths - or will have their platform completely blocked. In short, the Trump administration and the telecom industry have colluded to eviscerate equal access to the internet and boost corporate profits at the expense of everyday internet users. We cannot let this vote be last word.

But the net neutrality battle did not end with the FCC's vote. Congress has the power to undo the FCC's actions through a Congressional Review Act (CRA) - which give Congress 60 legislative days to overturn the FCC's ruling. Many Democrats have already moved to begin the CRA process, and with a number of key Republicans signaling support for net neutrality, we a chance to win this. But only if continue to speak out and make as much noise as possible.

Below is the letter we will send to members of Congress: