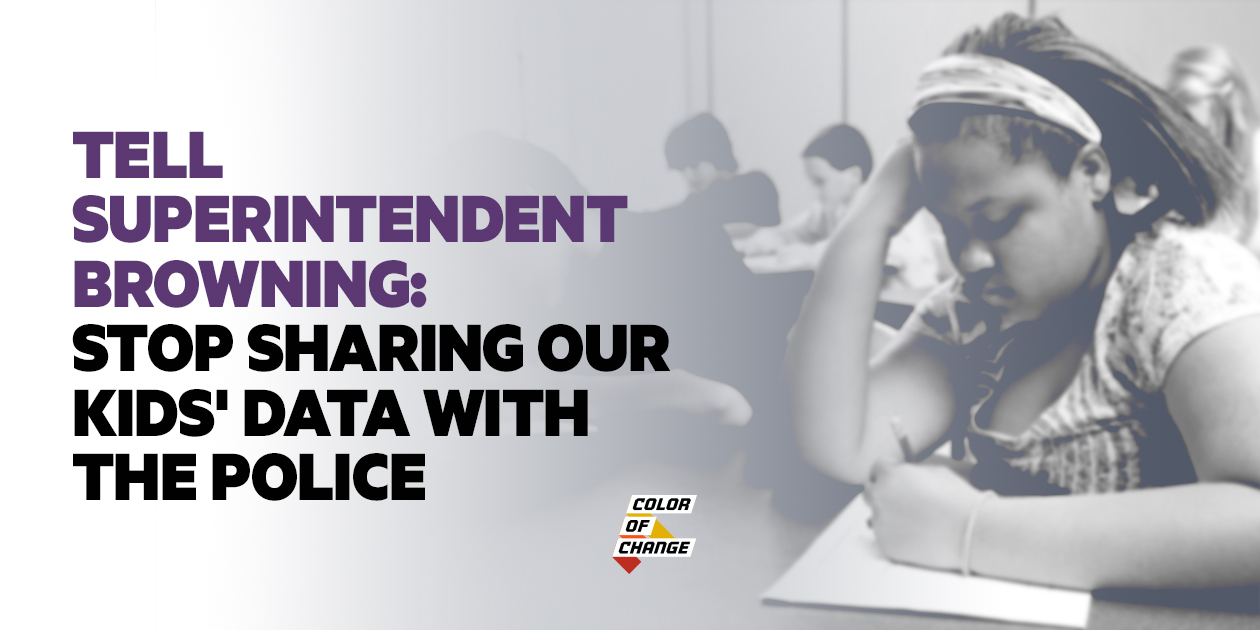 Thanks to investigative research by the P.A.S.CO. Coalition — which includes Color Of Change, SPLC, NAACP, and Florida organizers — a bizarre, ominous letter Pasco's Sheriff sends to targeted and overpoliced families was made public.1

Although “predictive policing” isn’t new, Pasco Sheriff’s letter to people it labels “Prolific Offenders” reveals just how far the county goes to target and harass residents — including children as young as 12-years-old.

Pasco County Schools are back in session, and we need to keep up the pressure to erase the database and protect Black and Brown students from police surveillance, racial profiling, and the school-to-prison pipeline. Add your name now to amplify our demands:

In May, after months of public pressure, the Pasco School Board finally responded to our demands. After defending the Sheriff’s dangerous data-sharing program for months, Pasco Schools announced it would no longer grant School Resource Officers — “SROs,” a.k.a. law enforcement officers in schools — access to student data, including student grades, attendance, and discipline records.2

It’s clear that in Pasco, public pressure works. Together, we’ve made hundreds of calls and sent thousands of tweets and emails to the Pasco Superintendent and school board.

But our fight to erase the database is not over. Limiting access to SROs is a small step forward, but Pasco Schools are STILL sharing sensitive student info with Pasco's Sheriff.

Standing with the PASCO Coalition, Color Of Change demands that Pasco Schools:

We need your help to continue demanding an end to surveillance and over-policing in Pasco County schools. Add your name now to tell Pasco School Board and Superintendent to stop sharing kids' data with police.

3. Shift budget priorities to support teachers and staff. Trained professionals — not Pasco’s sheriff office — should provide academic and mental health interventions for students who need additional support. Right now, teachers and guidance counselors who are overworked, underpaid, and under-resourced are expected to do this critical and difficult work. Instead of labeling schoolchildren “criminals” and sharing their information with law enforcement, Pasco County schools should invest in students, educators, and staff.

Revising the agreement between Pasco Schools and Pasco Sheriff is not enough. The sheriff still has considerable access to private student data. Students are still threatened by surveillance and overpolicing.

Standing with Color Of Change and the PASCO Coalition, we demand that you immediately: