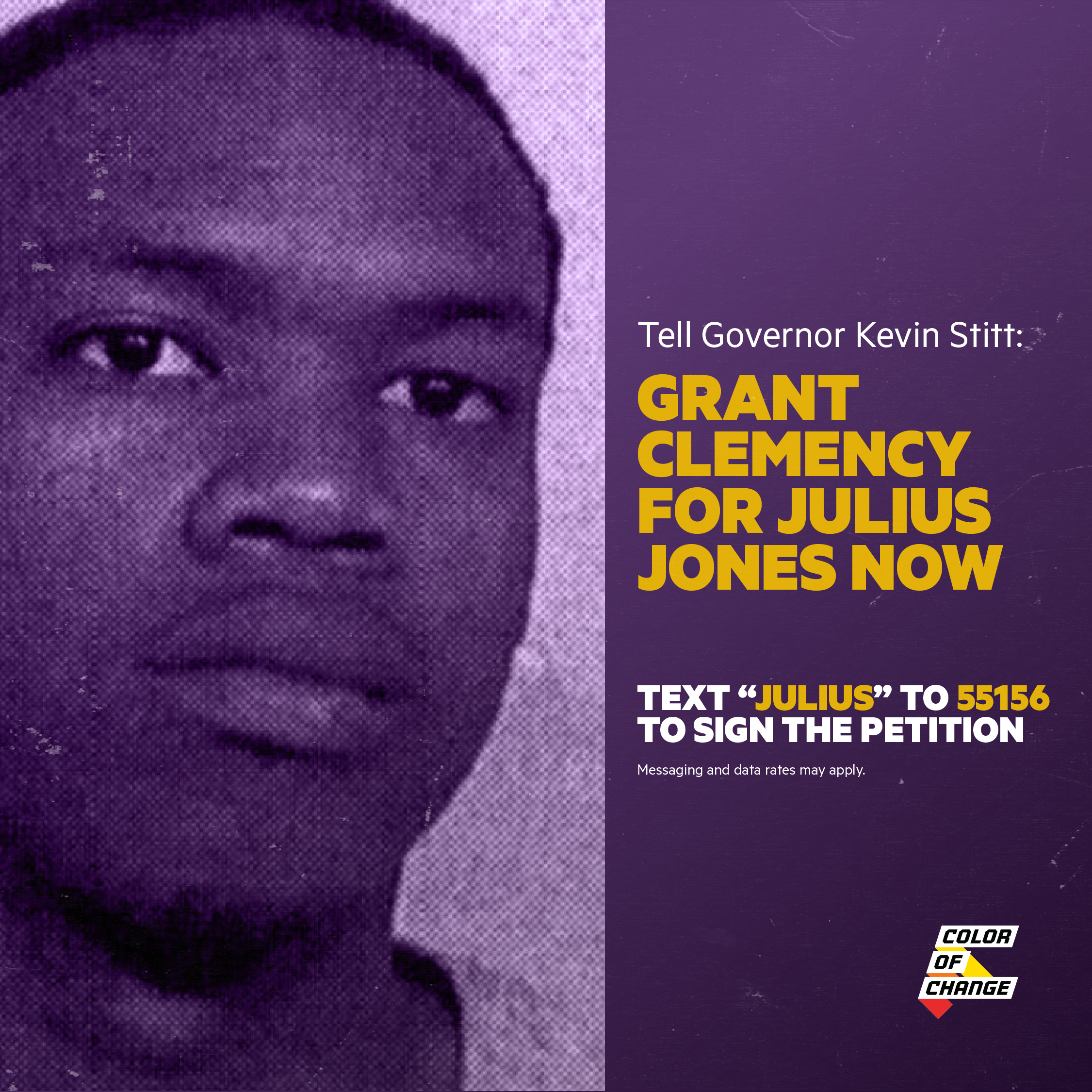 You’ve likely heard about Julius Jones, a Black man who was charged with murder in 1999, as a 19-year-old freshman and student athlete at the University of Oklahoma.

For 20 years Julius has sat behind bars, on death row, for a crime he did not commit.

He was convicted for the murder of Paul Howell, an Oklahoma businessman, who was shot and killed in his car. Police received information that led them to believe Julius Jones and Christopher Jordan were responsible for his death.

While on trial, it was clear that Christopher Jordan wanted to ensure Julius was seen as the primary perpetrator -- the murder weapon was planted in his home and Jordan served as the primary witness against Julius.

But here are the facts:

Julius never received adequate defense. His friends and family weren’t even given an opportunity to defend him in court or provide an alibi for the night of the murder. Nevertheless, Julius was found guilty by a jury of 11 white people and one Black person.

It’s simply unacceptable. This innocent man should not have to sit another day behind bars. That’s why we’re joining the grassroots effort calling on Oklahoma Governor Kevin Stitt to intervene. Governor Stitt has the power to grant clemency for Julius Jones immediately.

See letter that will be sent to Secretary Shevaun Harris:

Everyday Julius Jones sits behind bars is an injustice. For 20 years, this man has been suffering in solitary confinement, on death row, for a crime he didn’t commit. You have the power to put a stop to this. We’re looking at you to grant clemency today for Julius Jones so he can spend the remainder of his life with his friends, family, and community.

Mr. Jones’ future was stolen from him at 19 years old and it’s clear at least one juror held apparent racial prejudice that influenced his vote to convict and sentence Mr. Jones to death. We’re looking at you to act NOW to ensure freedom for Julius Jones.