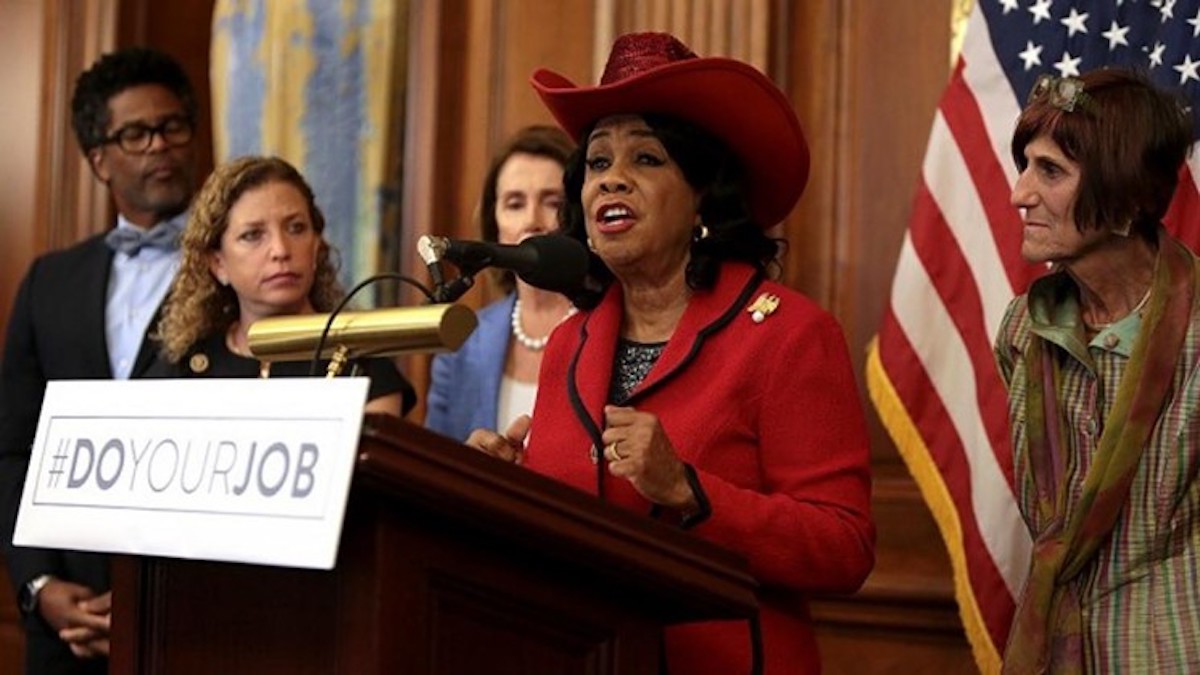 Rep. Frederica Wilson (D-FL) was called a “whore” TWICE by KFI radio host Bill Handel -- we need to have her back.

After exposing Trump’s appalling and disrespectful remarks to a Gold Star widow, Myeshia Johnson, whose husband, Sgt. La David Johnson, was killed in Niger earlier this month, Rep. Wilson was repeatedly targeted by Trump and his administration. Emboldened by Trump, right-wing radio hosts like Bill Handel made misogynistic and degrading attacks.

We cannot allow attacks like this to stand. iHeartRadio, the parent company of KFI has the power to remove Bill Handel from the airwaves. It’s time iHeartMedia stops profiting from hosts that attack Black women.

Bill Handel and KFI have used their position on L.A. radio for decades to disparage and humiliate Black people and Black culture. From mocking the Kwanzaa holiday to quips about the Congressional Black Caucus serving grape soda at their parties to calling the late singer Whitney Houston a “crack ho.”

The comments iHeartMedia are allowing their KFI hosts to make are dangerous. They shape perceptions of Black people in the minds of viewers, and thus endangers Black people in neighborhoods, courtrooms, and classrooms across the country. It is critical that iHeartMedia rebuke Bill Handel's comments and immediately remove him from your network.