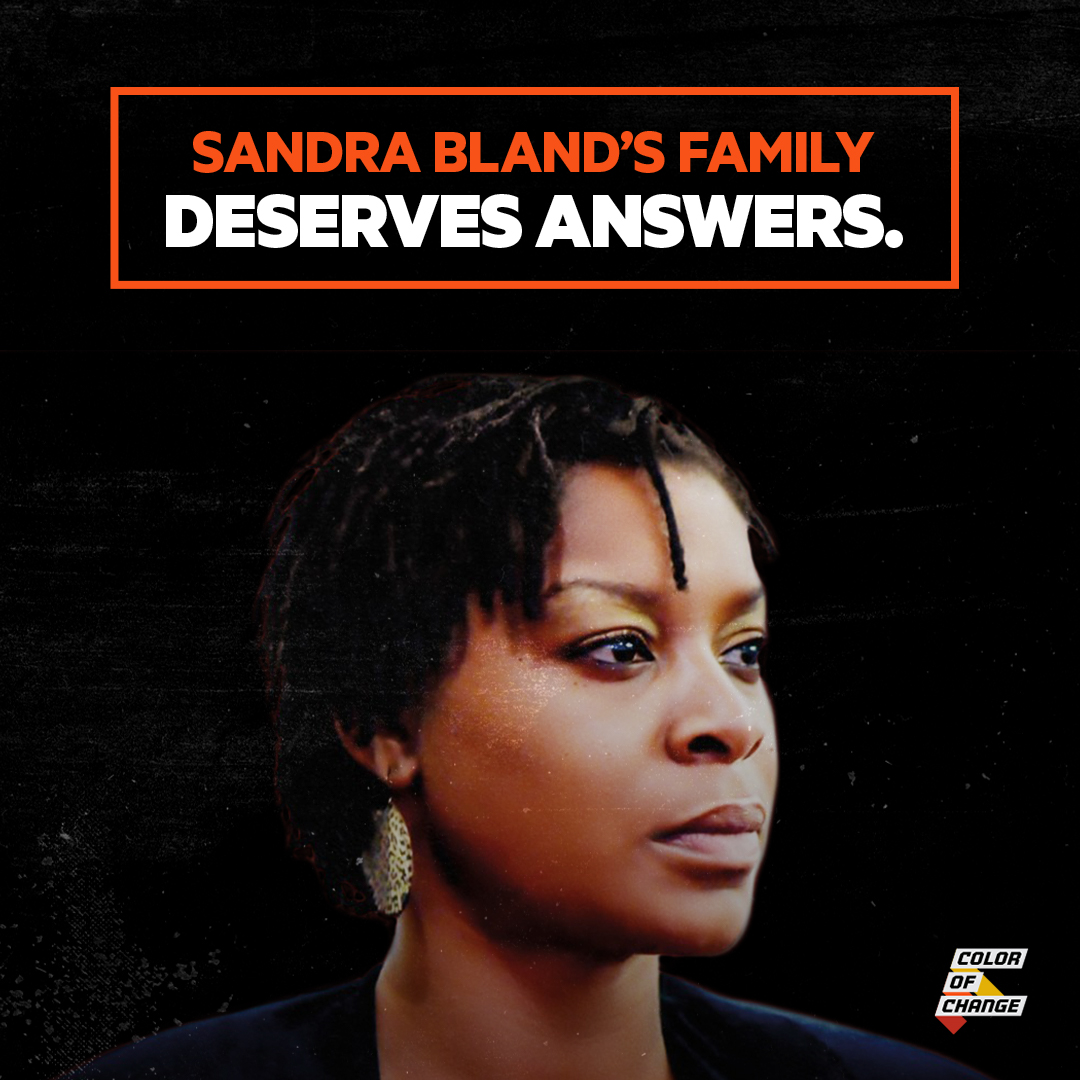 We will never forget the viral video of Sandra Bland’s violent arrest in 2015. Many of us were struck with horror as we witnessed Texas State Trooper Brian Encinia, drag Sandra from her car and threaten to "light her up" because she refused to put out her cigarette. It was an unbelievable moment of unbridled hostility. And the officer who violently assaulted her was only charged with perjury for lying about the circumstances that led to Sandra's arrest--a charge that was later dropped in a deal that the DA never consulted Sandra's family on. This is not enough--rarely are police officers held accountable for their criminal behavior and we won't accept anything but justice for Sandra Bland.

Now an uncovered self-recorded video of Sandra’s arrest has sparked a new wave of outrage. The cell phone video allows us to visualize just a small part of how she experienced her own arrest. It’s crucial information that proves what we already knew: Brian Encinia did way more than lie about Sandra's arrest, he assaulted a woman who posed no threat to him.

We don’t doubt that Sandra Bland died as a result of the white supremacy that runs rampant in the Waller County Police department. In 2015, Color Of Change members put their money together to hire private investigators in Waller County and they revealed a deeply corrupt bail system that rewarded the district attorney, judges, and sheriff. Elton Mathis, the same DA that blamed Sandra's death on her family's inability to make bail is still in office and we must hold him accountable.

We are joining Sandra’s family in demanding District Attorney Elton Mathis of Waller County, Texas take criminal charges against Brian Encinia back before the grand jury. Will you join us?

We are joining Sandra’s family in demanding that you take criminal charges against Brian Encinia holding him accountable for his violent assault on Sandra Bland before a grand jury. You have the power to finally bring justice to Sandra Bland's family and investigate the obvious display of police misconduct, especially in light of the recently uncovered video.