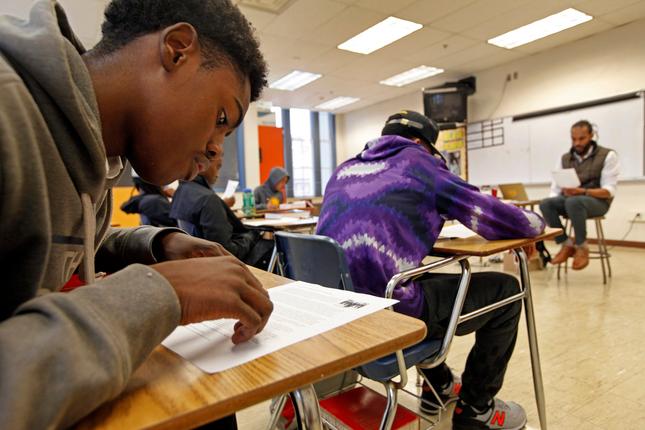 Under Acting Oakland Unified School Board President Jody London’s watch, parents were physically barred from participating in a school board meeting that has the potential to completely change the trajectories of their children’s futures. The reason? Despite escalating protests, Oakland Unified School District is planning to close up to 24 schools over the next three years. The vast majority of these schools are located in predominantly Black and brown neighborhoods in East and West Oakland. Meanwhile, none of the schools under threat are located in majority-white neighborhoods.

From Chicago to D.C. to Philadelphia, the rate of school closures in predominantly Black neighborhoods, especially those with rising rates of gentrification, has jumped dramatically in the past ten years. Studies show that these school closures hit Black students the hardest. While white students are “significantly more likely to transfer to high performing schools,” Black students who get displaced rarely benefit academically or otherwise from their new placements. When schools leave our communities, the vital resources they provide our students and their families leave with them. This is why we are demanding that School Board President Jody London place a moratorium on all school closures in the Oakland Unified School District today.

Below is the letter we will send to Acting Oakland Unified School District President Jody London:


We are calling on you to place a moratorium on school closures in Oakland immediately. Of the 24 schools that are currently under threat, the vast majority of them are located in primarily Black and brown communities in East and West Oakland. Meanwhile, none of the schools to be closed are located in majority white neighborhoods. Our children should not have to be shuffled out of their own communities for the false promise of a quality education - our fight is for a deeper investment in the schools that Black kids already attend.

While the Oakland Unified School District continues to spend well over 6 million dollars a year on hiring police officers at schools who criminalize, traumatize, and punish our children, it refuses to meaningfully invest in the teachers, counselors, and nurses who have been proven to support their growth and potential. This is unacceptable. As school board president, you have a responsibility to invest in the solutions your constituents want, not to ignore their concerns and lock them out of this process. This is why we are demanding you put a moratorium on all school closures in Oakland today.