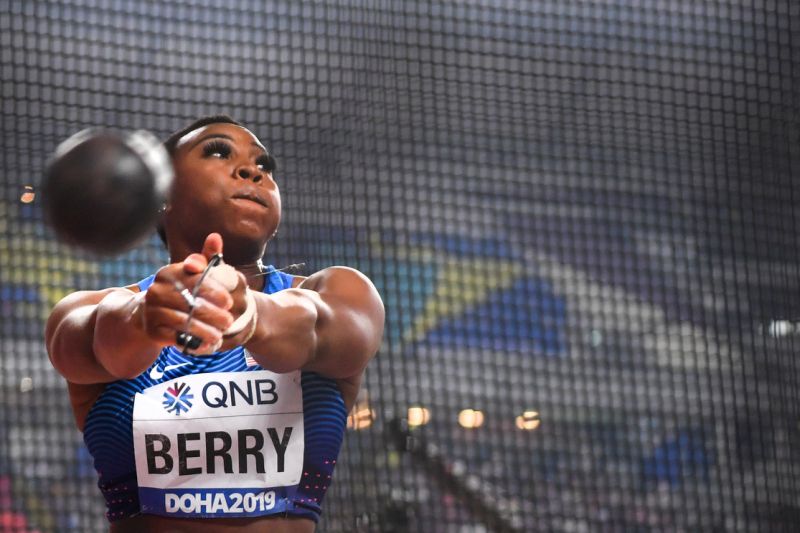 Olympian, record holder, and Pan-American gold medalist Gwen Berry, was abandoned by her corporate sponsors after she raised her fist to protest racial injustice on the awards podium at last year’s Pan-American Games. Gwen Berry is one of many Black athletes all over the world who are putting their careers and lives on the line to demand justice.

Much like Eroseanna “Rose” Robinson, John Carlos, and Tommie Smith, Gwen is finding ways to fight for change in between rigorous training and competitions. But because of her commitment to use her platform to demand justice for Black people, and her fight against Rule 50, the Olympic charter rule that silences athletes, corporate sponsors dropped Gwen.

Gwen Berry is a courageous athlete-activist who should not have lost her corporate sponsors for fighting for what's right. That’s why we’re calling on companies who sponsor the International Olympic Committee (IOC) to step up, sponsor Gwen, and support her fight against Rule 50. Join us in calling on the following Olympic sponsors to financially sponsor Gwen:

Below is the petition we will send to Companies who sponsor the USOPC.

Olympian, record holder, and Pan-American gold medalist Gwen Berry, was abandoned by her corporate sponsors after she raised her fist to protest racial injustice on the awards podium at last year’s Pan-American Games. She was punished financially for taking a bold stand and fighting for justice. But athletes who stand up for racial justice should be rewarded for their protests, not punished. That's why we're calling on you to sponsor Gwen in her pursuit of Olympic gold at the Tokyo Olympics. With our country's renewed commitment to racial justice, and your commitment to being an Olympic partner, we ask that you demonstrate your commitment to Black lives and the Black athletes who protest for justice by financially sponsoring Ms. Berry.