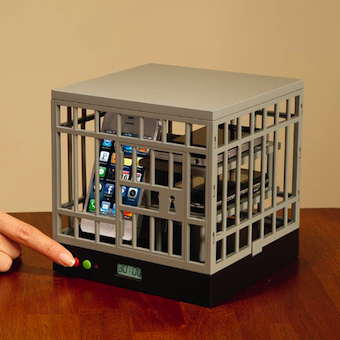 There are better ways to support public safety and decrease crime than penalizing Black people and denying them access to basic services. Representative Speier and other sponsors of this bill should retract it, and work with Black communities to craft a better alternative that serves our needs and respects our rights. To do anything less is to contribute to racism and discrimination in the name of colorblindness and stereotypes. We demand that our lawmakers do better.

This is the letter we'll send to Representative Jackie Speier (D-California), demanding that she retract her bill and work with community groups and Black leaders to find a better solution that doesn't deny Black people access to basic but necessary communication.

We, the undersigned are writing because your proposed bill, the Closing the Pre-Paid Mobile Device Security Gap Act of 2016, is a valiant effort and one that seeks to ensure the safety of Americans. Every community applauds the efforts of our elected officials to prevent terrorism, drug trafficking, and modern-day slavery while respecting the Constitutional rights and civil liberties of Americans. However, like so many well-meaning laws, this one has the potential to unfairly and disproportionately impact Black people and people of color.

We’re asking you to make sure that doesn’t happen.

Your bill would require retailers and cell phone suppliers to request specific state or federal identification information from anyone buying a prepaid cellphone or SIM card. Understandably so, as ID requirements often act as a deterrent for those seeking to use any product for illegal or illicit purposes. However, intentionally or unintentionally, laws that rely on heightened standards of identification overwhelmingly target, burden, and marginalize Black communities. Already, racist ID laws have spread around the nation, making it increasingly difficult to obtain the sort of ID that this bill uses as a standard for access to pre-paid cell phones. The more that Black people are disconnected from something as basic as access to communication, the more difficult it will be for us to exercise our rights as citizens.

It is no mistake that the trappings and circumstances of poverty are often falsely conflated with the methods and misdeeds of criminal elements. The vast majority of media portrays crime as something inherently tied to predominantly poor and Black communities, and reinforces the idea that the best way to prevent crime is to preemptively deny access to even the most basic of resources. Popular television shows like Breaking Bad, The Wire, and Weeds have embedded the connection between criminality, the poor, and pre-paid phones in the public consciousness. Yet there is no substantial or definitive evidence that links the use of pre-paid, or “burner”, cell phones to increases in crime. On the contrary, research has shown that widespread cell phone use has contributed to an overall downward trend in crime nationally. It would be a heinous crime to allow stereotypes to overpower the truth, especially when it comes to the law.

We're hoping that you will recognize the dangers posed by this bill, and how it could contribute to the further disenfranchisement of Black communities across the country. At a time when cell phones serve as a conduit to everything from work schedules to the latest news to family, it would be a dire mistake to constrain access to them in a way that specifically harms Black communities. Your leadership and your proactive efforts are appreciated, and represent the best of what our elected leaders can accomplish. But we ask that you would retract this bill, reconsider it, and work with leaders from the Black community to create a new version that increases public safety while also respecting the needs of the marginalized.

Can we count on your support and understanding?