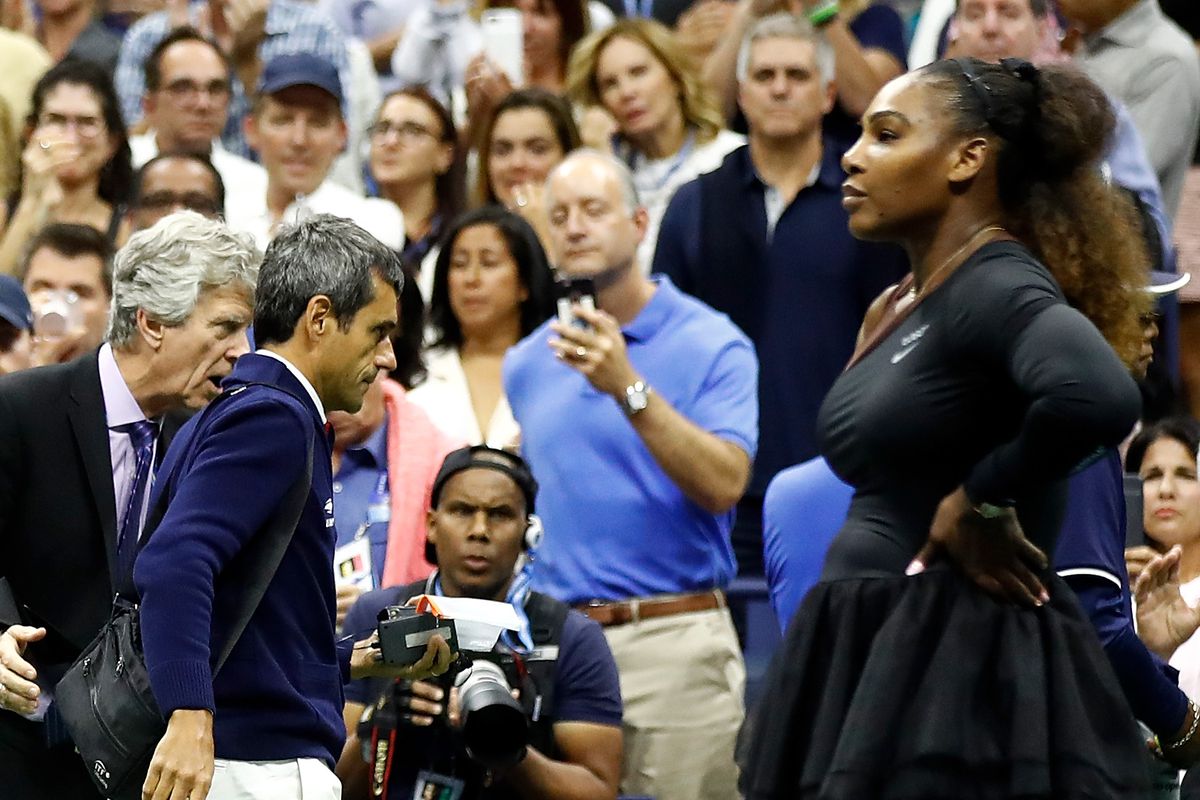 The historic match up between Serena Williams and Naomi Osaka was overshadowed by the reality of gender informed racism within the US Open and the United States Tennis Association. Instead of two triumphant Black women who had the chance to give their all against each other, millions watched as Carlos Ramos, the umpire officiating the game, made questionable calls with severe point deductions against Serena. When she attempted to defend herself, he made the incredible leap to penalize her for "verbal abuse", causing the loss of a game.

Racism and sexism have plagued tennis for decades on the court and in the governing bodies of tennis. The culture of "whites-only", a riff of clothing regulations, has informed the larger political reality of tennis and it's time for real change.

Serena Williams is the greatest athlete of our time, winning 23 Grand Slams and countless titles around the world, but the racism and sexism that exists on and off the court is something she cannot defeat alone. In what should have been a match of titans, Naomi Osaka and Serena Williams were both denied the fair and dignified game they deserved, instead enduring the long upheld culture and casual acceptance of gender-informed racism within the United States Tennis Association.

The USTA has said they intend to have conversations about this, but mere conversation is not enough. We need a commitments from the USTA that they will ensure this never happens again. Implicit bias trainings, audits and fair hiring practices are the real actions needed to make sure Black athletes are not inhibited by the limited imagination of racism and sexism.

Earlier this year Tony Nimmons, the first Black umpire of the USTA, left the Association and sued them for racial discrimination against Black people. In 2015, he filed a formal complaint for racial discrimination with the Equal Employment Opportunity Commission that was found to be credible. The issues within the USTA are systemic, and we need greater commitment from them to address the very real impact of racism and gender oppression within their rank and culture.

Join us in holding the USTA accountable to not just Serena and Naomi, but the future of Black women and girls in the sport. Sign now and share, let's win together.