Reopen the investigation into the fatal shooting of Mike Brown | ColorOfChange.org

Reopen the investigation into the fatal shooting of Mike Brown

Reopen the investigation into the fatal shooting of Mike Brown 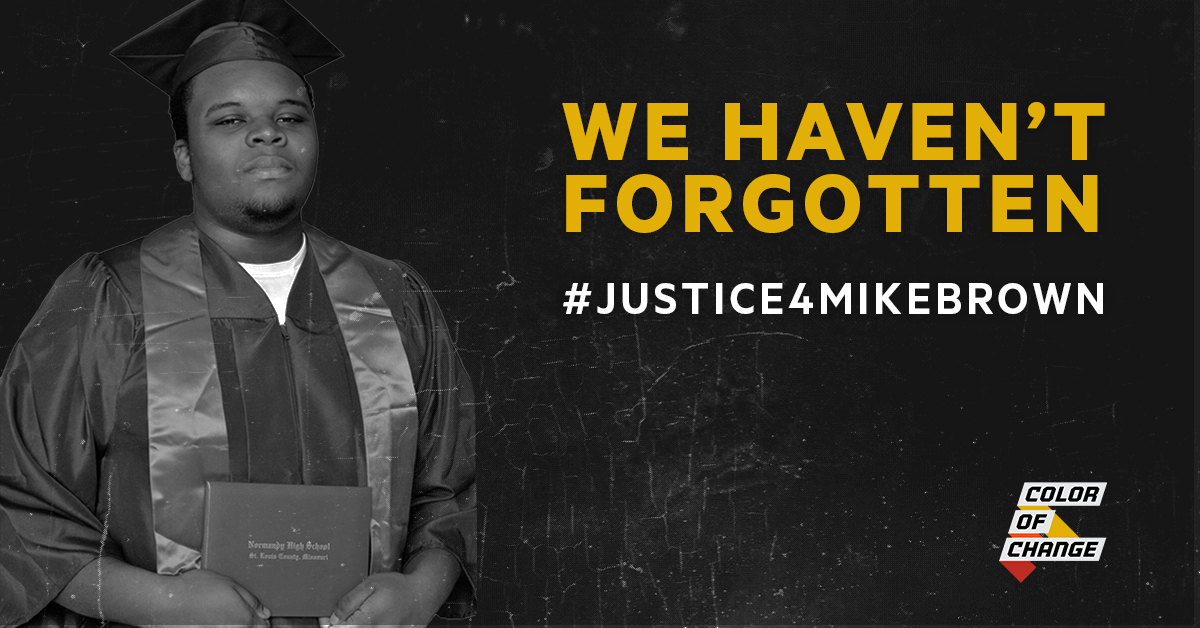 Four years ago, Bob McCulloch abused his discretion as a prosecutor and protected Mike’s murderer by refusing to press any charges against Officer Darren Wilson. McCulloch completely ignored standard protocol for a Prosecuting Attorney by enlisting the help of a grand jury to determine the charges against Wilson. It was a setup from the beginning. McCulloch abdicated his role as a County Prosecutor by making a politically calculated move that would shield him from criticism from the police and the media. It was outrageous, a miscarriage of justice and a complete betrayal of the primary charge for a prosecuting attorney.

Here are the facts:

McCulloch thought he could avoid public scrutiny and accountability at the conclusion of this case. He was wrong. On Tuesday, August 7, the people of Ferguson and St. Louis County just made their power known by electing criminal justice reform advocate Wesley Bell for St. Louis County Prosecuting Attorney.

Missouri Governor Mike Parson: appoint a special prosecutor to re-open the investigation into the fatal shooting, Michael Brown. The integrity of our County and the safety of our community depends on it.