Take ACTION to Divest in NYPD & Invest in NYC! | ColorOfChange.org

Take ACTION to Divest in NYPD & Invest in NYC!

Take ACTION to Divest in NYPD & Invest in NYC! 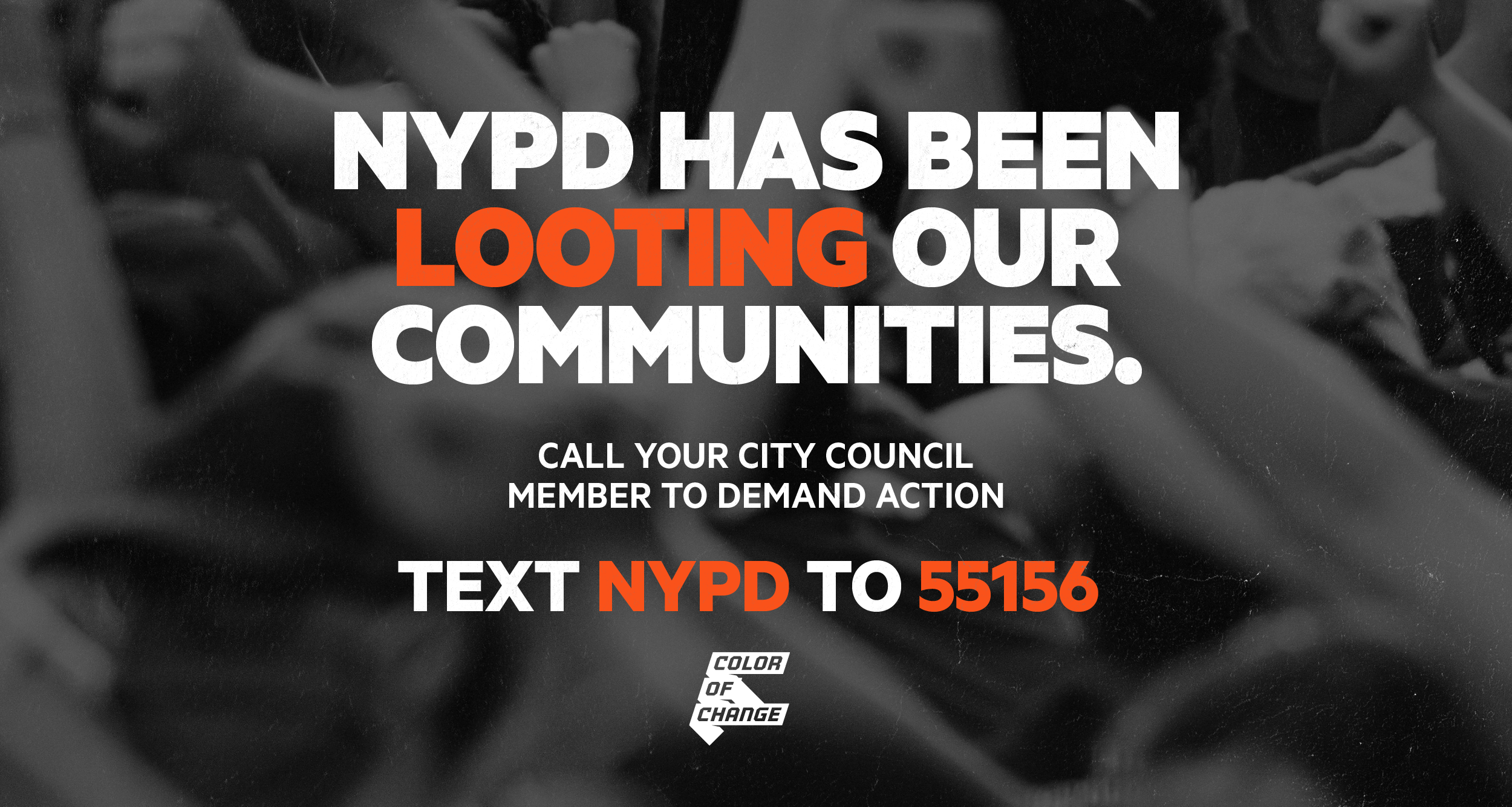 In 2020 the NYPD police budget was $10.9 billion dollars. Most of those billions were funded by NYC taxpayers.

Now, with an annual budget of more than $11B, the NYPD has the largest police budget in the U.S. They outsize and outspend every other state in the nation — and with an arsenal of chemical weapons, tanks, sniper units, surveillance towers, and sound grenades, they look more like an army prepared for war than a city police department.

The NYPD has waged war against Black people and communities of color in NYC. And the only way to stop police violence is to stop siphoning tax dollars to the NYPD and invest in the material conditions that actually impact the safety of our communities: healthcare, education, housing, and jobs that pay liveable wages.

Policing is a multi-billion dollar business, built on the commodification of “public safety.” So when you see the NYPD harass, brutalize, and arrest teenagers in the Subway for not paying $2.75 to ride the train, that is the sum total of policing. The persistent police violence that Black people face is a direct result of elected officials overfunding the police and underinvesting in the programs that help our communities thrive.

Public safety is only achievable when we invest in what centers the needs of the people, not the police. That’s why we’re calling on City Council members to amend the budget which includes a $200M increase to the NYPD!

Black people and communities of color in NYC are being terrorized by the police. And the only way to diminish police violence is to divest from the institution of policing. To put it plainly: we won’t allow the NYPD to loot our communities any longer. We deserve a budget that invests in the health & safety of our community— instead of failed policing strategies.