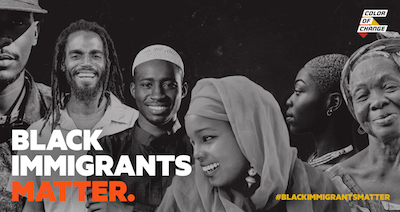 01/22/2018--UPDATE: The United States Congress ended a government shutdown but leaves out protections for DACA and TPS recipients. This is all because Congressional Democrat members caved to Republicans and Trump. Now Congress has until February 8th to come up with real legislation for a clean Dream Act and extends protections for Temporary Protected Status recipients.

There is no time to wait. Right now many immigrants are being detained and deported.  Congress must end the stalling and work to achieve prominent legislation that will keep families and loved ones safe.

Jeff Sessions just announced that the Trump administration will end DACA This program currently protects over 800,000 young immigrants from being deported. It allows immigrants to stay in the U.S. live with their families, work, go to school, and thrive in their communities. Without such program, millions of families will be torn apart.

All of this is happening right on the heels of Trump abusing his power and pardoning former Maricopa County, Arizona sheriff Joe Arpaio who was just convicted weeks ago for human rights abuses. He is a known racist who spent his entire tenure as sheriff racially profiling Latinx communities. We cannot forget Trump administration is determined to build a border wall. He's already done more than enough to hurt immigrant communities with the executive orders to strip funds from Sanctuary Cities and issuing travel bans that target Muslim immigrants. This is all of larger racist, white supremacist agenda to get rid of communities of color, and Black and Brown immigrants. Congress must stop Trump now. It is up to them to pass legislation that does not further Trump's agenda for building a wall or increasing policing tactics on immigrants. Their silence must end today.

Trump is making good on a dangerous promise to eliminate the DACA program and he is refusing to extend the Temporary Protected Status program. Now is the time for you to push back on Trump's attack on immigrants. We've already seen this in his executive orders to strip funding from local cities that are declared Sanctuary Cities and the issue of the travel ban. Now Trump abused his powers to pardon the one of the nation's most racists sheriffs Joe Arpaio. Trump is moving further to exploit public funds to construct the border wall.

This is deeper than protecting the "perfect" immigrant. It is about families and communities. Our co-workers, classmates, friends, and partners. Regardless of status, all immigrants should be protected and have the right to remain in the U.S.

It's time for Congress to take bold action and to pass the DREAM Act and to push the Trump administration to extend the Temporary Protected Status program immediately. Hundreds of thousands of immigrants rely on these programs to stay safe to live with their families and contribute to their communities. Now is not the time to exploit people and use immigrant communities as a pawn to push Trump's agenda.

No one deserves to live in fear.