ADD YOUR NAME: Police foundations are a threat to democracy and Black lives. | ColorOfChange.org

ADD YOUR NAME: Police foundations are a threat to democracy and Black lives.

ADD YOUR NAME: Police foundations are a threat to democracy and Black lives. 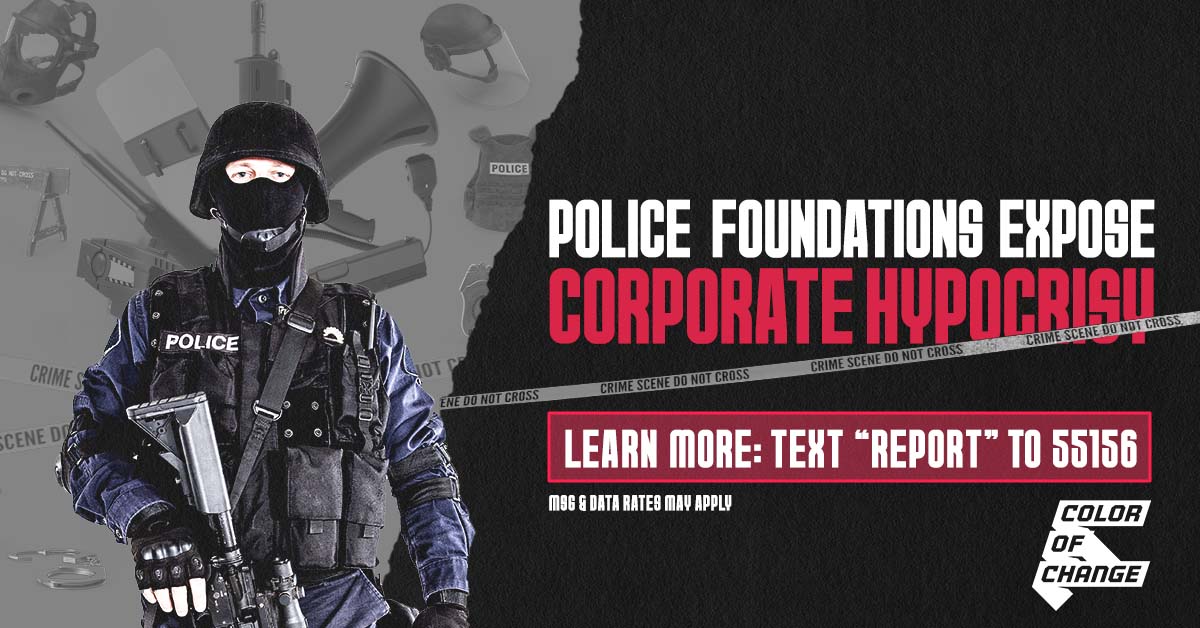 We’re still in the fight to end state-sanctioned violence against Black people. That means reducing the flow of cash to violent police departments — and addressing public AND private funding of police.

Police budgets are public documents that must be approved by elected officials. In contrast, police foundations are private organizations that fund violent, militarized policing behind closed doors and without public oversight.

You might not know much about police foundations, but you definitely know their sponsors: Verizon, Walmart, Starbucks, Amazon, Bank of America, Target, Delta Airlines, AT&T, Chevron, Uber, and major sports teams, to name just a few.

Corporations should NOT be in the business of policing. Giving private cash to the police enables corruption, conflicts of interest, and police violence.

Add your name now to demand action and accountability: