It took five years for the NYPD to fire the police officer who murdered  Eric Garner! Now GoFundMe is allowing the man responsible for Eric Garner’s death, Daniel Pantaleo, to fundraise and profit off of his crimes. Pantaleo was allowed to receive a salary for five years, and now he wants to collect even more money as a reward for murdering Eric Garner. GoFundMe needs to shut down this fundraiser ASAP, and stop letting killer cops profit! 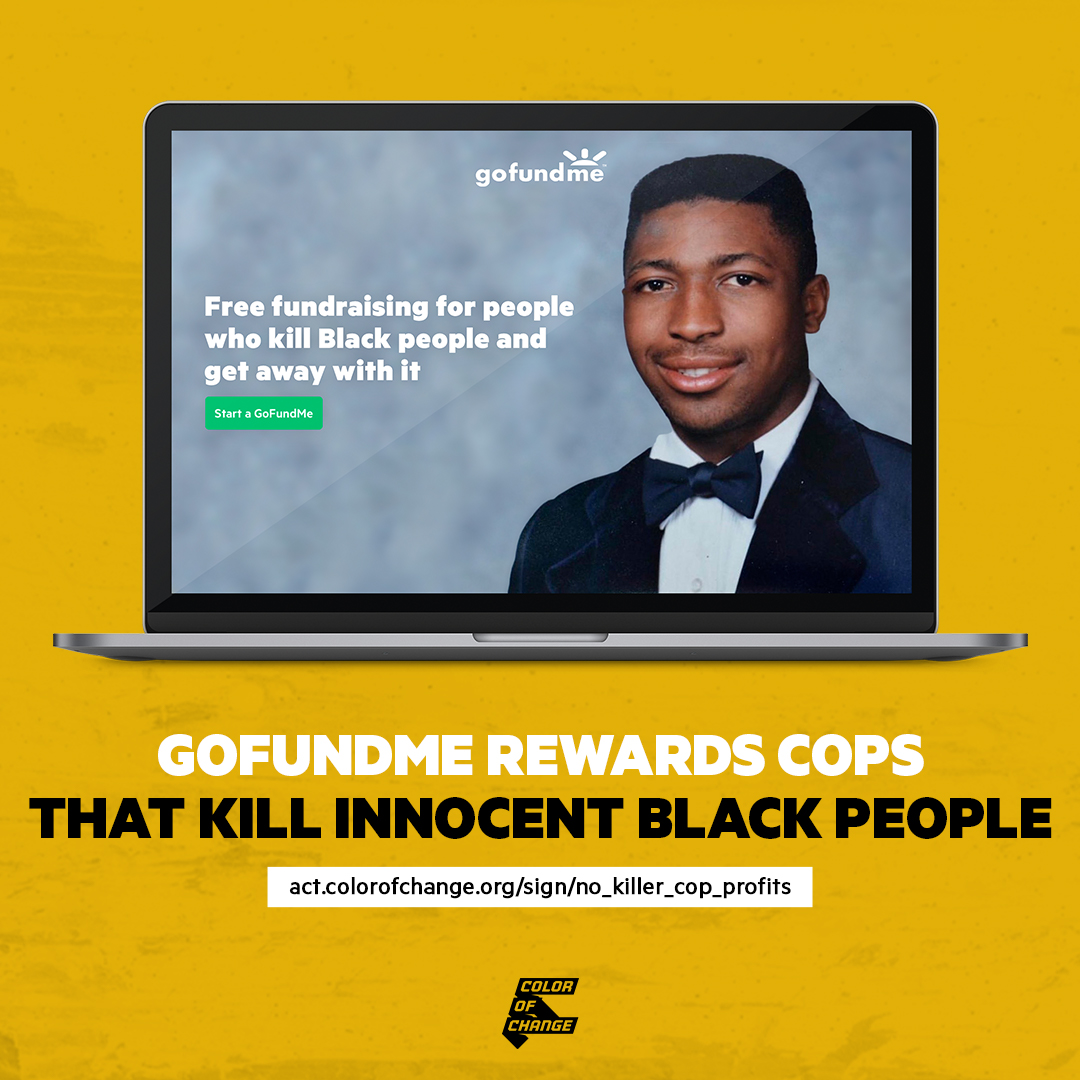 I’m writing to demand that GoFundMe immediately suspends the “Officer Daniel Pantaleo’s family help fund,” fundraiser that is currently being hosted on your site.

1. The medical examiner ruled Eric Garner’s death a homicide.
2. The NYPD’s administrative judge ruled that Pantaleo should be fired for his use of the illegal chokehold, which led to the untimely death of Eric Garner. Stating that Pantaleo was “untruthful,” in his description of the events that took place.
3. NYPD Commissioner James O’Neill fired Pantaleo for his role in the murder of Eric Garner on August 19, 2019.

GoFundMe’s policy clearly states you prohibit  "items that promote hate, violence, racial intolerance, or the financial exploitation of a crime,”  Daniel Pantaleo committed murder on video and was fired from his job because of it. Pantaleo has been receiving a salary the past five years, and GoFundMe should not continue to allow him to profit off of the murder of an innocent man!

GoFundMe needs to refund all the money collected, and stop this fundraiser right now!