ADD YOUR NAME: NO to “Cop City,” YES to investments in our communities! | ColorOfChange.org 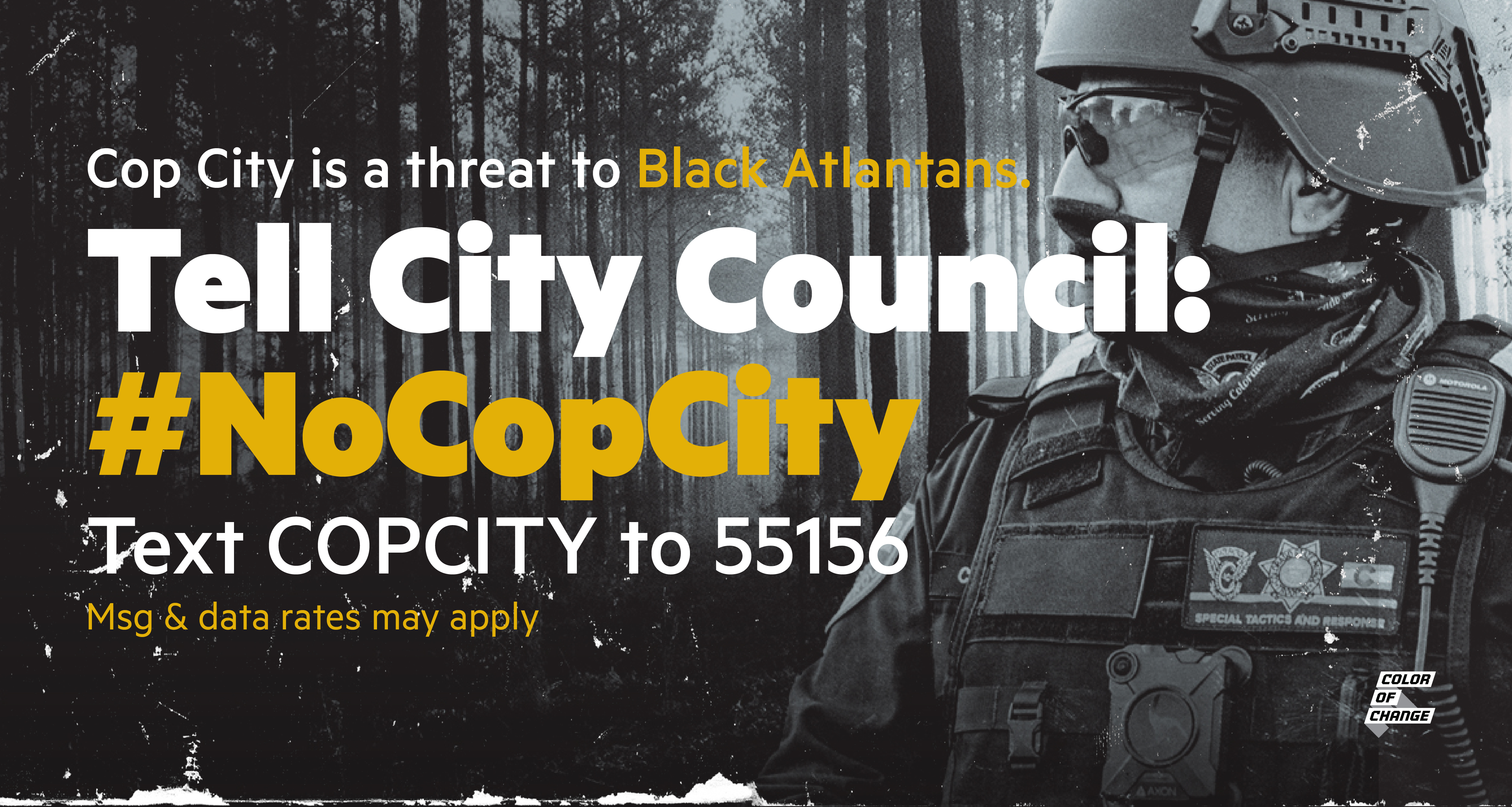 Last year, the City of Atlanta leased 381-acres of Weelaunee Forest, ancestral Muscogee homelands, to the APF for $10/year despite public outcry from the Atlanta and Muscogee community.

Building  “Cop-City” will further militarize the Atlanta police and add to more violence being perpetrated against Black and Brown communities. The site will also be used for tactical training to disrupt movements and protests against police violence.

Clearcutting these wetlands will also have devastating effects on Atlanta’s environment, including worsened air quality and flooding in the predominantly Black neighborhoods in Southeast Atlanta. APD’s current and future use of chemical weapons testing and its broader militarized training program will poison the soil and further endanger Atlantans’ safety.

TAKE ACTION: Mayor Dickens must say NO to Cop City and YES to the community investments that actually keep Black Atlantans safe — and corporations must divest from policing.

Police foundations are a backchannel to funnel millions of dollars to police departments without politicians or the public knowing. Atlanta Police Foundation's $90 million "Cop City" is the perfect example of the massive, militarized, and corporate-funded projects police foundations prop up behind closed doors and outside of public oversight.

Make no mistake: Cop City is an environmental nightmare AND a threat to Black lives. We demand Mayor Dickens immediately cancel APF’s lease and plans for Cop City altogether. We also demand in this petition that corporate funders of APF divest from the violence of police foundations and redirect their funds to Black and Indigenous community care infrastructure.

Sign the petition: Mayor Dickens must say NO to Cop City and YES to the community investments that actually keep Black Atlantans safe. Funders of APF must divest from the racist institution of police foundations and redirect funds to Black and Indigenous community care infrastructure.

Below is the letter we’ll be sending to Mayor Dickens:

We write to you as community members deeply concerned about the local and international threat of the Atlanta Police Foundation’s militarization facility plans. These plans make our community less safe by increasing environmental destruction and police militarization, and we demand the immediate cancellation of the APF’s 381-acre lease and all plans for such a facility.

We stand as a community, united, against the militarization of police and for the protection of essential forested lands. The proposal for Cop City is violence we cannot and will not tolerate. We will continue to stand and fight to prevent this development until it is canceled. We will continue organizing for true public safety through community care, not racist policing. We will stop Cop City by any means necessary.

It is well within your power as mayor to cancel APF’s lease for Cop City. We urge you to take this action immediately. The health of the people of Atlanta depends on forests, climate resiliency, and systems of care — not militarized police.