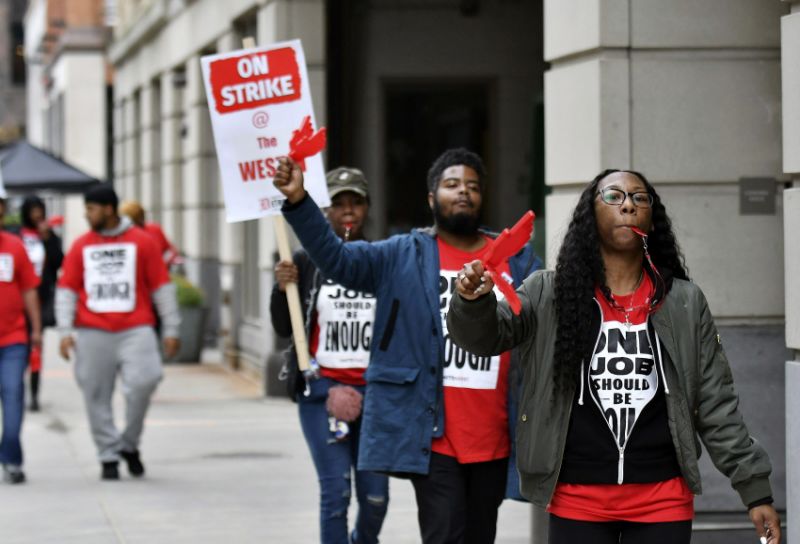 Workers are on strike in Marriott owned hotels across the nation as they fight for better pay and increased safety protocols. When workers strike in the country we all have a responsibility to support labor advancements for them, yet NBA teams don't have a strong position on supporting their working class fans.

Right now, players from NBA teams can cross picket lines for convenience over justice because the larger management in the Association doesn't observe strikes in hotels where the players stay.

Many fans of the NBA are working class people who deserve to be invested in the way they invest in the league. The NBA needs to commit to not booking in Marriott owned hotels while workers are not strike.

Only a few years ago in 2011, the NBA was stuck in a lockout that almost cost an entire basketball season as players refused to play without a better deal. Players wanted to ensure the best possible labor rights for themselves and held the line as the Association tried to cow their efforts. In the end, the players won because they were willing to put it all on the line because sometimes that is just what progress demands. The workers who are on strike in Marriott owned hotels are fighting for those same principles, and they deserve a fair shake.

We at Color Of Change are fans of the NBA and also supporters of labor rights. The NBA needs to commit to defending the rights of their working class fans by refusing to book in Marriott owned hotels while workers are striking. Join us in creating more possibility for the working class and ending the 'business as usual' practice when low wage workers fight for what they believe in. Change is possible, and it starts when we take collective action, together.