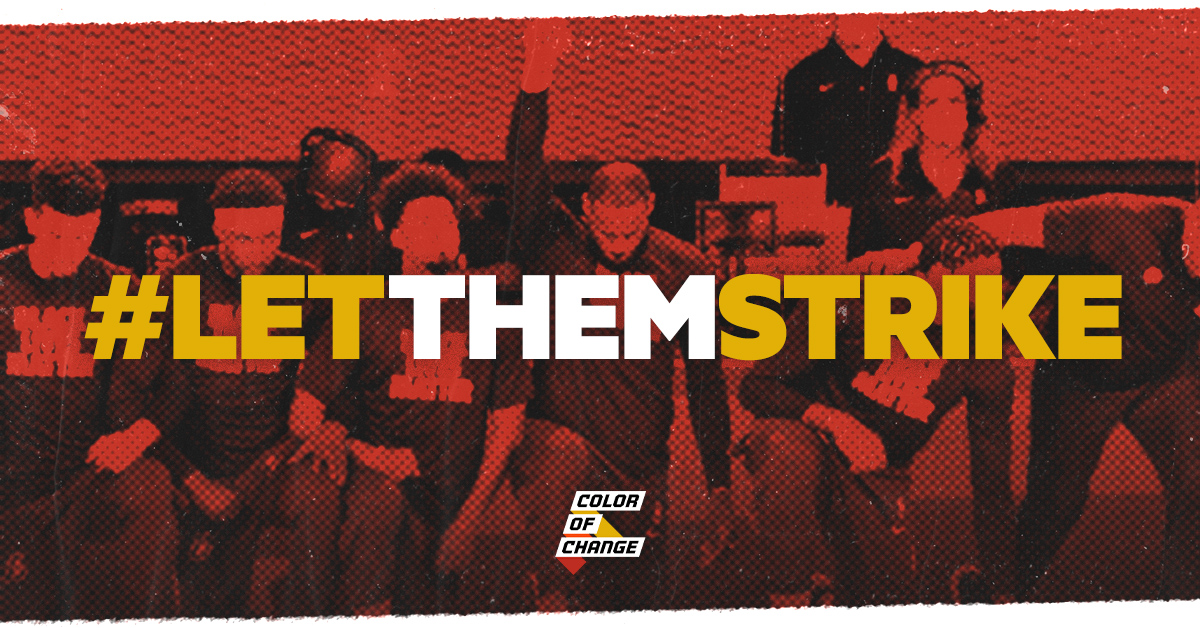 For the first time since 1961, NBA players are striking—protesting the brutal shooting of Jacob Blake and the incessant police violence targeting Black people during Game 5 of the NBA playoff games. Initially kicked off by the Milwaukee Bucks, the protests spread across the league--forcing the NBA to put an indefinite hold on games. We salute the players as they disrupt business as usual.  But the burden cannot and will not fall on workers, in this case, athletic players, to overhaul a deep-rooted system of race-based violence and oppression--especially because the league and team owners banned strikes in the players’ union contract. That’s why we’re demanding that the NBA’s league office and the team owners stand with the players and demonstrate their full-fledged support of the player’s strike by removing the strike ban.

For too long, anti-black racism and discrimination have flourished in the NBA--from the crowd’s racist “Go Back to Africa” jeers at Bill Russell in the 60s to a deputy sheriff racially profiling the Toronto Raptors, Masai Ujiri as his team was about to win the NBA championship, in footage released last week. It’s time for the league office and team owners to take a stand--let the players strike!

This is the time to put power behind your statements of solidarity for Black Lives. NBA players have been protesting on the court this season and are now on strike to protest the incessant police violence against Black people. Now is the time for you to stand with your teams and remove the strike ban in the players' contract.