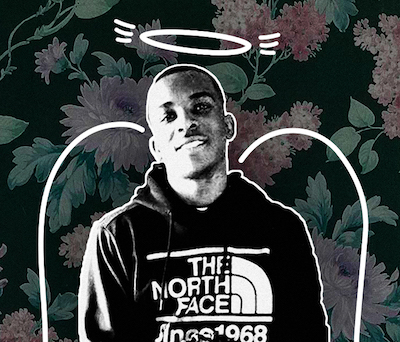 Around 9:30pm on the night of Sunday, March 18, Stephon Alonzo “Zoe” Clark was murdered by Sacramento police in his own backyard. Police fired 20 shots while his family inside the home took cover. SacPD questioned his family for several hours about what they heard before his grandmother, Sequita Thompson, dared to push the window curtain aside and saw her grandson’s body. That’s how she found out he’d been killed.

Predictably, the Sacramento Police Department has done their best to criminalize Clark. First, they claimed that Clark was armed, but then their story changed and they claimed that he was holding a toolbar. It has since been revealed that the only item found nearby was his cell phone. We know that police lie and criminalize victims in order to shift blame. We cannot trust them to investigate themselves.

However, there is body camera footage. Sacramento city council policy dictates that video footage and audio recordings be released within 30 days of the shooting but SacPD Chief Daniel Hahn has promised the council that the footage would be available to the public by the end of the week. We know that video footage clearly demonstrating police misconduct does not automatically lead to justice.

We have to let Shubert know that we are watching this case closely, that she cannot let another killer cop get away with murder, and that we want justice for Zoe. We need to demand that charges are brought in this case.

Below is the letter we will send to the District Attorney:


We demand that you indict the officers who murdered Stephon Clark. He was unarmed, on his family's property, and shot 20 times. His family was inside and did not hear officers issue any commands before opening fire. The officers lied. First they claimed they saw a gun, then a tool bar. But all that was found near Stephon was a cell phone. We demand justice for Stephon and his family, including his two young children.

Your record of not charging police officers who murder Black men is shameful. The families of Dazion Flenaugh and Joseph Mann are still waiting for justice. We demand a different outcome for Stephon Clark.

Police are not above the law. We demand accountability and complete transparency in this process.