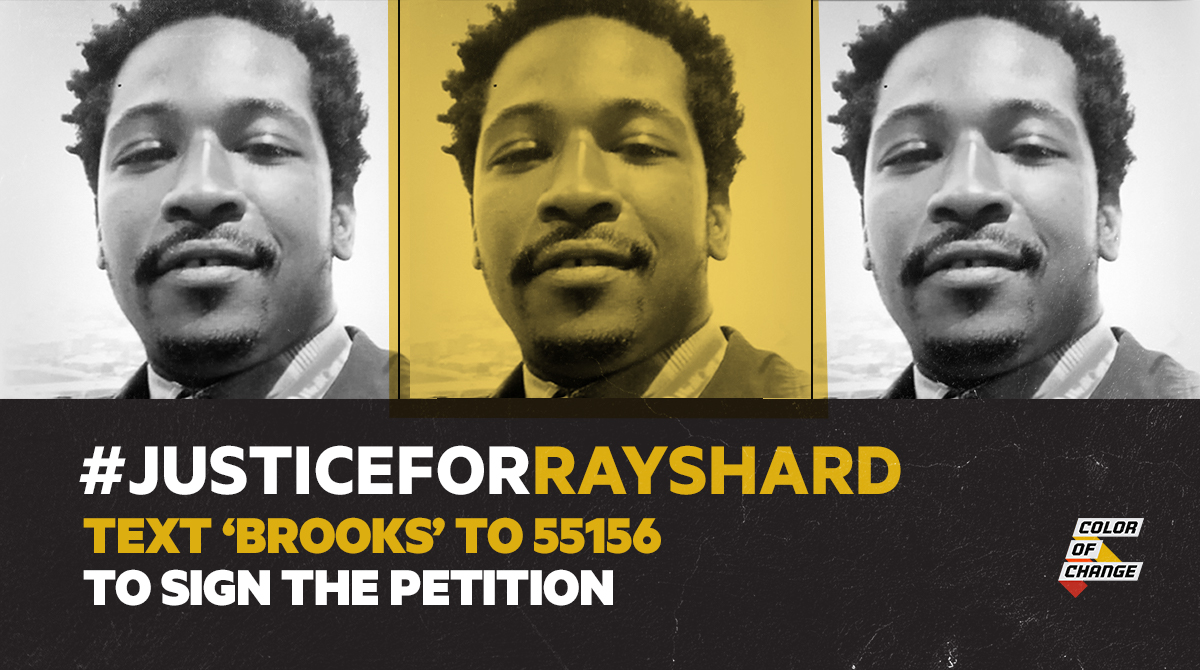 Recently, Georgia State Attorney General Chris Carr denied DA Willis's attempt to recuse herself from Rayshard's case based on the conduct of her predecessor Paul Howard. Howard's use of subpoenas in Rayshard's case is currently under investigation by the Georgia Bureau of Investigation. DA Willis believed her office would face a conflict of interest, given the relationship with her predecessor, but Carr continued to appoint Willis to the case.

It's up to us to ensure DA Willis does not make the same mistakes as her predecessor --  officers Rolfe and Brosnan must be charged with murder for taking Rayshard's life. Sign the petition.

Read more about Rayshard's case below:

But here’s the truth: Rayshard should still be alive today. Rayshard is yet another young Black man whose life has been stolen at the hands of police violence.

That’s why we are calling on the Georgia Bureau of Investigation and District Attorney Fani Willis to file charges against the two officers who murdered Rayshard Brooks. Officer Garrett Role and Devin Brosnan must be held accountable to the communities from which Rayshard’s life was taken-- a simple slap on the wrist is not going to cut it. These officers should not be free to roam the streets while Rayshard's family and community are left to mourn without justice.