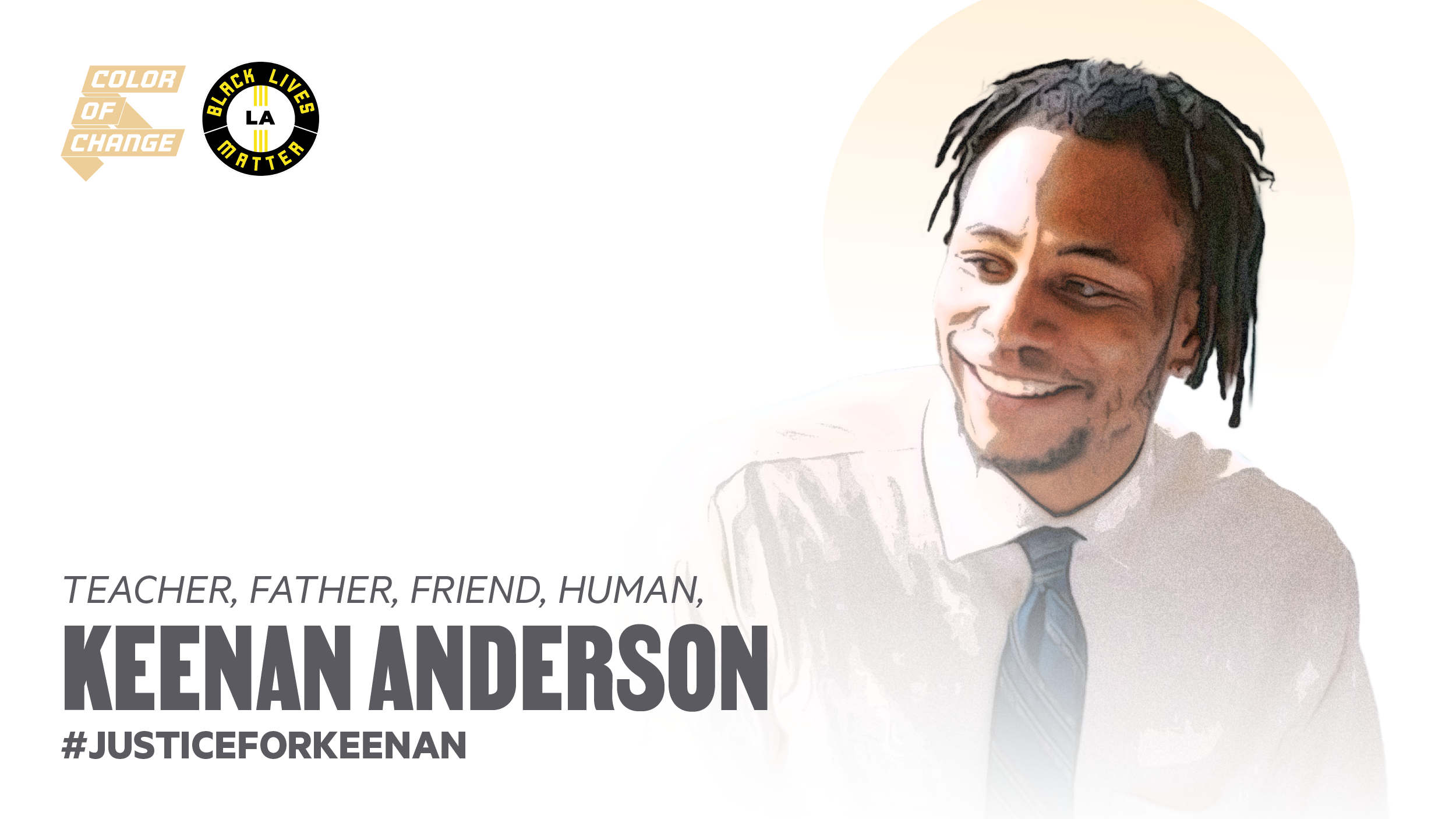 On Jan. 3, Keenan was in a minor traffic accident in Venice, California. He flagged down police for help and then was treated like a criminal. He was chased, held face down on the asphalt, and repeatedly tased by the Los Angeles Police Department as he begged for his life. He went into cardiac arrest and died. His death is the third at the hands of the LAPD so far this year. Each victim needed help, not the kind of violence with which the LAPD responded.

Body camera footage edited and released by police shows that officers struggling to arrest Keenan repeatedly stunned him with a taser at the site of a traffic accident, delivering roughly 50,000-volt shocks with each use. He was then taken by ambulance to a local hospital, where he died.

Let's be clear: Keenan should be alive right now. His 6-year-old son will grow up without his father. We cannot allow police violence to continue killing our loved ones and destroying our families and communities.

In partnership with Black Lives Matter Los Angeles, we're calling on LA Mayor Karen Bass not to reappoint Police Chief Michel Moore. We need your help to do it.

Below is the letter we’ll send to Mayor Karen Bass

Keenan Anderson should be alive right now. His 6-year-old son will grow up without his father. We cannot allow police violence to continue killing our loved ones and destroying our families and communities.

That's why I demand you not reappoint Police Chief Michel Moore. We also want you to remove police officers from traffic stops, accidents, schools, and responses to mental health crises. Chief Moore repeatedly has demonstrated that he is not concerned about holding cops accountable or enforcing de-escalation protocols on the street. He insists the harm and abuses his officers perpetrate are "necessary." His officers rarely are disciplined, even if a police shooting is designated out of policy.

Our people deserve life-affirming, care-first responses to mental health crises that prioritize the public's safety and address the root causes of harm.