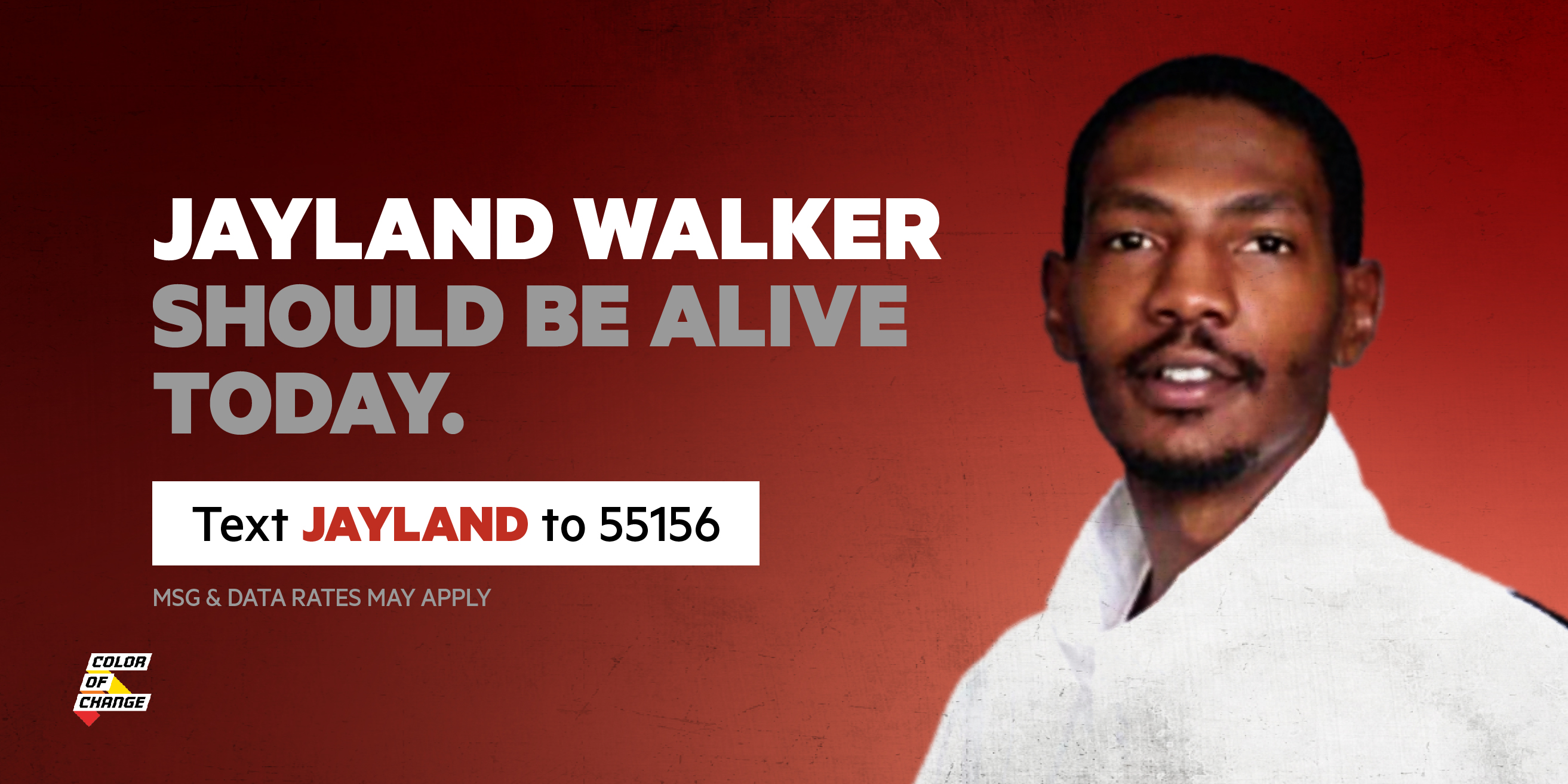 UPDATE: AUGUST 10
On August 4th, the Department of Justice charged the four officers that were involved in the 2020 murder of Breonna Taylor with civil federal rights violations. It is time the DOJ begins an investigation of the murder of Jayland Walker. Akron Police shooting at a young Black man 90 times in just seconds is an abomination and the actions of these officers deserves scrutiny and rebuke.

According to The Washington Post, 1,025 people have been shot and killed by police in the United States in the past year.1 And just days before July 4, police in Akron, Ohio, brutally executed Jayland Walker, a 25-year-old Black man. In solidarity with his family, the Akron community, and The Freedom BLOC, we demand transparency and accountability from Akron’s officials with the following steps:

Add your name now to demand justice for Jayland Walker and the Akron community.

On June 27, Jayland Walker was pulled over for an alleged “traffic and equipment violation.” Eight Akron Police Department officers shot at Jayland more than 90 times in seven seconds. Jayland suffered 46 gunshot wounds. Then the same officers who murdered him handcuffed his lifeless body. The police bodycam footage reveals eight cops killed a Black man while five officers stood by and watched.

Our hearts break for Jayland’s family and the Akron community. Jayland was a young man with a family and a bright future, a human who deserved to be treated with dignity. Instead, Akron police murdered him. The officers who fired more than 90 shots at Jayland are on paid administrative leave.

As we mourn and turn our outrage into action, this moment requires us to recognize a painful truth: The police murder of Jayland Walker is not an anomaly. We’ve been here before.

All of these Black men were murdered by police during routine traffic stops. In a country where armed, militarized police are the response to every incident and crisis — and Black people are viewed as threats, not human beings — Black people aren’t issued tickets or citations; we receive death sentences.

Now, as Jayland’s family and neighbors take to the street to demand justice, the Akron Police Department has initiated a terror campaign against protesters and journalists. From tear gas and rubber bullets to false imprisonment, Akron police have waged war against people demanding justice for Jayland as demonstrated by the violent arrests of Bianca Austin, the aunt of Breonna Taylor, and Jacob Blake Sr., the father of Jacob Blake. Police terrorism continues to target Black and Indigenous communities. And when people stand up to protest police brutality, cops douse them with chemical weapons and beat them with batons.

This is who the police are, and dehumanizing and terrorizing Black people is what they’re paid to do. The murder of Jayland Walker and the violent police response in Akron are just the latest cruel examples of what happens when elected officials prioritize policing over investments that actually keep communities safe.

That’s why we’re standing with The Freedom BLOC to demand Akron’s elected officials:

According to Mapping Police Violence, Black people are 4.9 times more likely to be killed by police than white people in Ohio.2 And when we protest police violence, we become the next target of police brutality. We must take action to end this vicious cycle.

Add your name now to demand justice and accountability in Akron, OH.

The execution of Jayland Walker and the ongoing persecution of his neighbors prove that too many cops regard Black people as inherently dangerous, which serves as tacit permission to treat them without humanity. The Akron Police Department has abused and weaponized its authority by terrorizing, murdering and violating the civil rights of Black people. That’s why I’m standing in solidarity with Color Of Change, Jayland’s family, and the Akron community to demand justice, accountability and safety.

We are calling on you to take immediate action:

The violent, police-only response to the community outcry in Akron has proven to be dangerous to Black people, who already are impacted by this trauma and targeted by APD.

Akron deserves safety and Jayland Walker’s family deserves justice and accountability. We are calling on you to ensure a transparent public investigation and real policy action to prevent the police murder of Black people in your city.