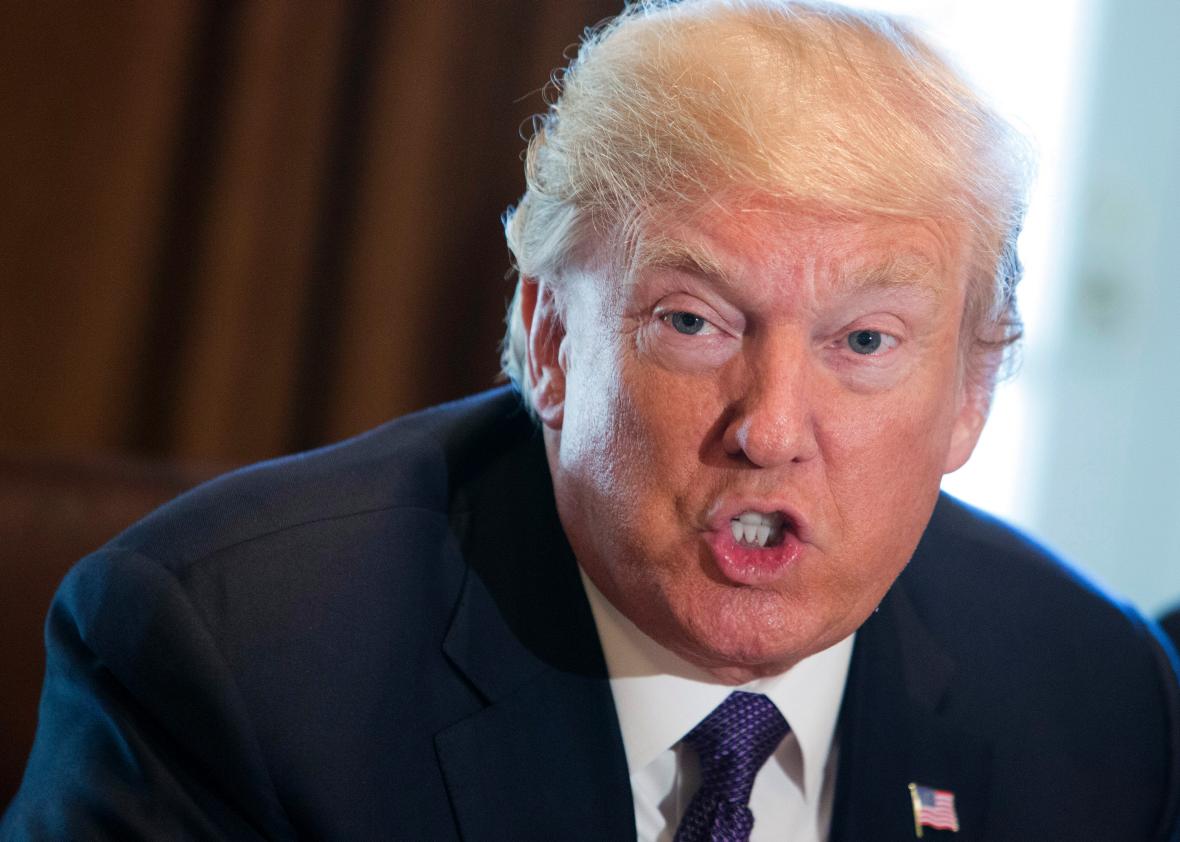 Today, at a White House meeting with local California leaders opposed to so-called "sanctuary city" policies, Donald Trump made one of his most offensive comments yet. In front of hundreds of sheriffs, cameras, and members of the press, Trump said that immigrants "are not people", they're "animals". Thats right -- the President of the United States referred to millions of human beings as animals.

This isn’t the first time Trump has made sickeningly dehumanizing statements about immigrants. Yet Senators like Lindsey Graham and Marco Rubio who claim to support DACA actually pal around with Trump-playing golf and refer to him as a friend. We’re tired of them playing both sides of the fence-either Rubio and Graham stand in solidarity with millions of human beings seeking a new home in this country—or they endorse the debasement of our immigrant friends, coworkers, and families.
Tell Lindsey Graham and Marco Rubio to denounce Trump’s statements about immigration now!

Below is the letter we will send to Senator Rubio and Senator Graham:

This Wednesday on May 16th, Trump stated about immigrants that, "These aren't people. These are animals". We ask you to take a public moral stance and denounce Trump's hateful rhetoric.

History has shown Black people and communities of color how the characterization of people as less than human, as animals, led to the evil justification of slavery, genocide, racial violence and terror. Saying "They're animals" about immigrants is deeply offensive, and a new low for this administration.

As Republican Party thought leaders, your strong moral stand for immigrants' full human dignity matters. Denounce Trump's hateful words. Your leadership reminds your fellow Republicans that the immigrants living and contributing to the wellbeing of their districts are real people with real lives, dreams, and families to provide for. For Republicans to normalize that immigrants are sub-human cannot be business as usual and it must be made clear this isn't tolerable.

In hoping for a better world that honors human dignity,