How do you show up on game day? | ColorOfChange.org

How do you show up on game day?

How do you show up on game day? 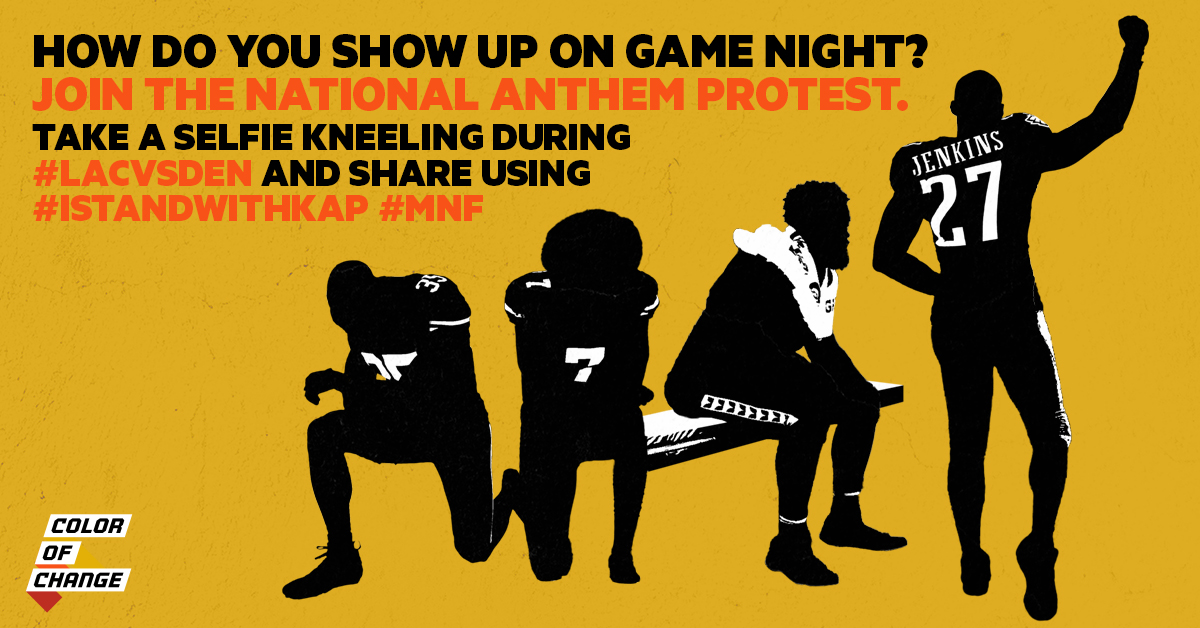 It’s the start of a new NFL season this weekend, and with it comes the news that one of the lead national anthem protesters, Seattle Seahawk star Michael Bennett, survived a terrifying assault by Las Vegas police. And despite Michael Bennett serving as living proof of the daily terror and violence Black people face in this county the player who started this protest movement, Colin Kaepernick, is still being blackballed by the NFL.

But players and fans are taking note and taking action. In the last couple of weeks, we’ve seen more than 1,000 people show up at NFL headquarters in support of Kaepernick, the number of NFL players joining the protest grow to over 50, and some of the most elite quarterbacks in the game support Kaepernick.

It’s clear that we are witnessing the dawn of a new era of athlete activism and we should all support it and be a part of it. Which is why we are calling on you to join in growing this protest. Tonight, at the start of the Monday Night Football game, whether you’re at home with family, at work, or in a bar with friends, you have the power to spread this protest and support these athletes.

Join the anthem protesters by sharing a photo of yourself on Facebook or Twitter kneeling during the national anthem with the hashtags #MNF and #IStandWithKap.

Join the anthem protesters by sharing a photo of yourself on Facebook or Twitter kneeling during the national anthem with the hashtags #MNF and #IStandWithKap.