Fight back against white supremacy in heavy metal music! | ColorOfChange.org

Fight back against white supremacy in heavy metal music!

Fight back against white supremacy in heavy metal music! 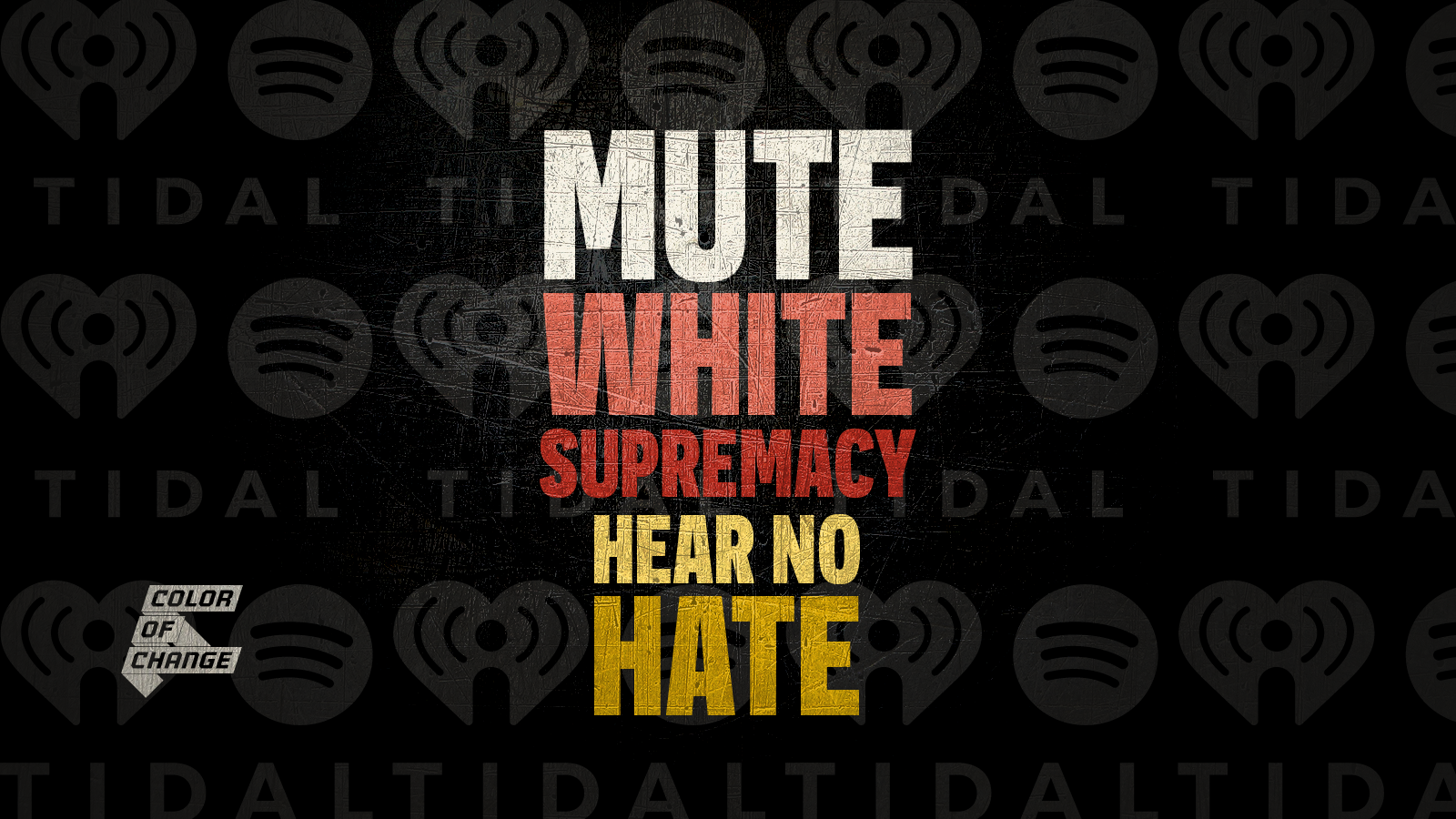 Music platforms have a responsibility to track and remove white supremacist music and white nationalist artists. These heavy metal bands are using racist dog whistles and explicit signals to recruit followers and push people to white nationalism, and oftentimes, the streaming companies do not have the expertise to know when it’s happening. Rather than allowing their platforms to legitimize and spread white supremacy, companies must learn the signs of white supremacist hate music and remove it immediately to make their platforms safe for Black people. Otherwise, music platforms are in danger of repeating social media platforms’ failure to moderate racist, hateful, and violent content, which has fueled the growth of white nationalism in the U.S.

We aren’t just the creators of many music genres; we are avid supporters too, and streaming companies could not be successful without Black musicians and Black fans. We deserve to be able to enjoy the music we’ve helped make profitable without encountering hate. We cannot allow online commercial and content platforms to continue to profit from hate groups; our safety depends on it—our lives depend on it.

Join us in demanding that Spotify, Tidal, iHeartRadio, Amazon Music, Apple Music, and Pandora remove these bands from their platforms and ensure that they address the presence of hate music moving forward.

White nationalism is far from being relegated to fringe spaces on the internet; it is now flourishing on mainstream platforms. Music has long been a pipeline for hate groups to normalize their beliefs and recruit members. Specifically in the genre of heavy metal, there is a subculture of white supremacist and neo-Nazi content that listeners can find. This kind of content creates a cultural ecosystem where white supremacist ideas are not only accepted but encouraged.

Music platforms have a responsibility to track and remove white supremacist music and white nationalist artists. Black listeners and musicians deserve to feel safe and valued while listening to and creating music. In order to achieve this, we demand that you (1) remove hate music from your platform immediately, (2) dedicate resources with specific expertise to identifying and removing partners, artists, and industry members who produce or enable hateful content, and (3) commit publicly to tracking down and removing the presence of hate on your platform.

Social media platforms, like Facebook, have shown us that failure to moderate racist, hateful, and violent content fuels the growth of white nationalism in the U.S. But unlike Facebook, we believe streaming companies can and should take action to stop their platforms from enabling violent, white supremacist content.