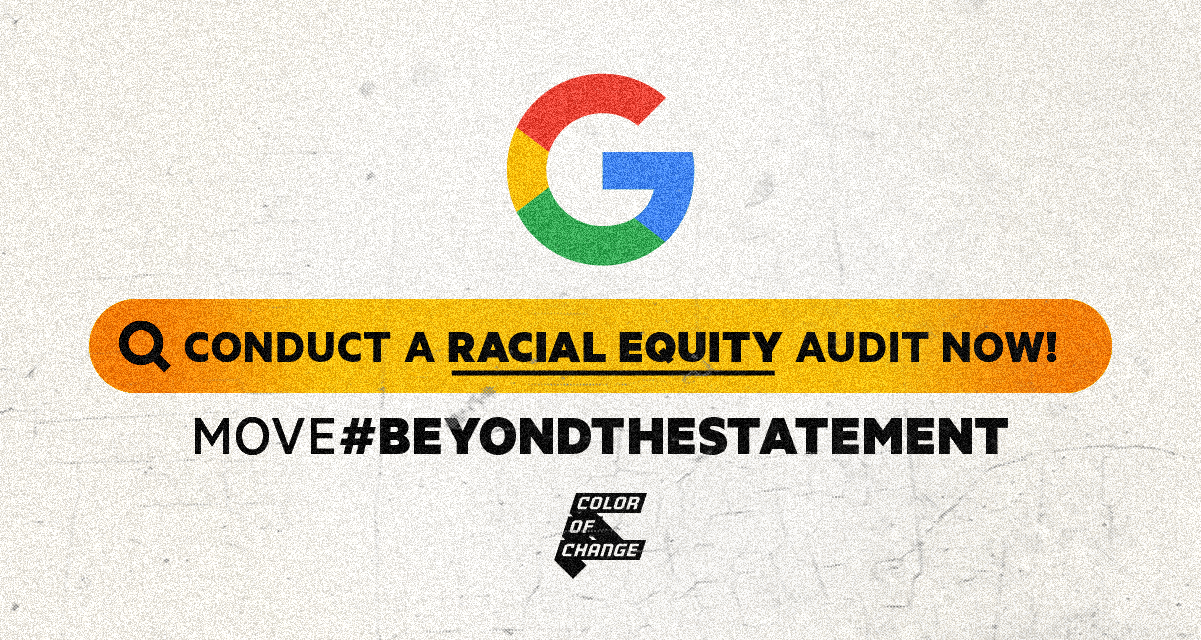 Below is the petition we will send to Google's majority stakeholders.

During the 2022 Annual Shareholder Meeting, Google had an opportunity to pass a resolution for the corporation to conduct a racial equity audit. This is a necessary step to addressing Google's and, its subsidiary, YouTube's racial bias issues in their current services and technology. While the majority of the Google's shareholders voted in favor of a racial equity audit, you blocked the resolution with your power as a Google majority stakeholder.

Google Ads has blocked racial justice terms like “Black Lives Matter” and "Black Power” while allowing search terms like “White Lives Matter” and “White Power.” Additionally, Google has allowed Steve Bannon, who promotes white nationalist ideologies and Trump propaganda, to monetize off of its other ad services. These practices uphold white supremacy, and suggest that Google doesn’t actually care about Black lives like they declared in its 2020 racial justice statement.

In order to truly begin to combat Google's racism and discrimination problems, you must demand Google immediately conduct a racial equity audit.