ADD YOUR NAME: Get Jail Money Out Of Sheriff Elections | ColorOfChange.org

ADD YOUR NAME: Get Jail Money Out Of Sheriff Elections

ADD YOUR NAME: Get Jail Money Out Of Sheriff Elections 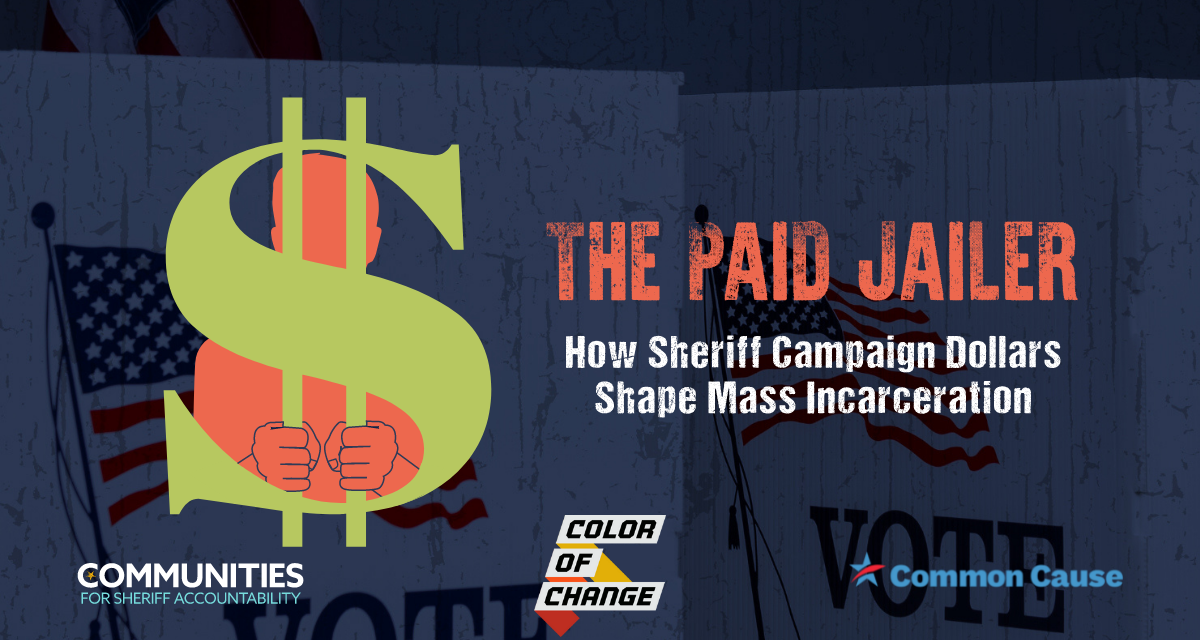 Here’s an unbelievable and upsetting fact: each year, jail companies spend millions of dollars to influence county sheriff’s races in states across the country.

That means these public officials -- who we should be able to trust to impartially enforce the law -- are taking money from corporations that profit from keeping people locked up.

That’s right. Every day, the companies that build jail, charge incarcerated people to make phone calls, and make jail uniforms are all spending big to influence their next contract -- and it’s perfectly legal in many states!

County sheriffs play a huge role in our country’s mass incarceration problem. They patrol rural areas and make more than 2 million arrests each year. They also control county jails that admit more than 11 million people annually, and more than 1,000 people die in those jails each year.

And predictably, many of these companies channel some of those profits right back into sheriff’s races -- which opens the door for special treatment and profiteering when their chosen candidates win. It’s a clear cut conflict of interest, and it needs to end. Please add your name today >>

Below is the letter we’ll be sending to your representative:

I am writing to you as my state legislator because I believe that our country’s law enforcement shouldn’t be up for sale to the highest bidder.

But right now, jail companies spend millions of dollars each year to influence county sheriff’s races in states across the country. That means these public officials are taking money from corporations that profit from keeping people locked up and exploiting those same people.

County sheriffs make major decisions about health and safety for millions of incarcerated Americans -- which is why I urge you to take bold, common-sense action immediately to get jail contractor money out of sheriff's elections.