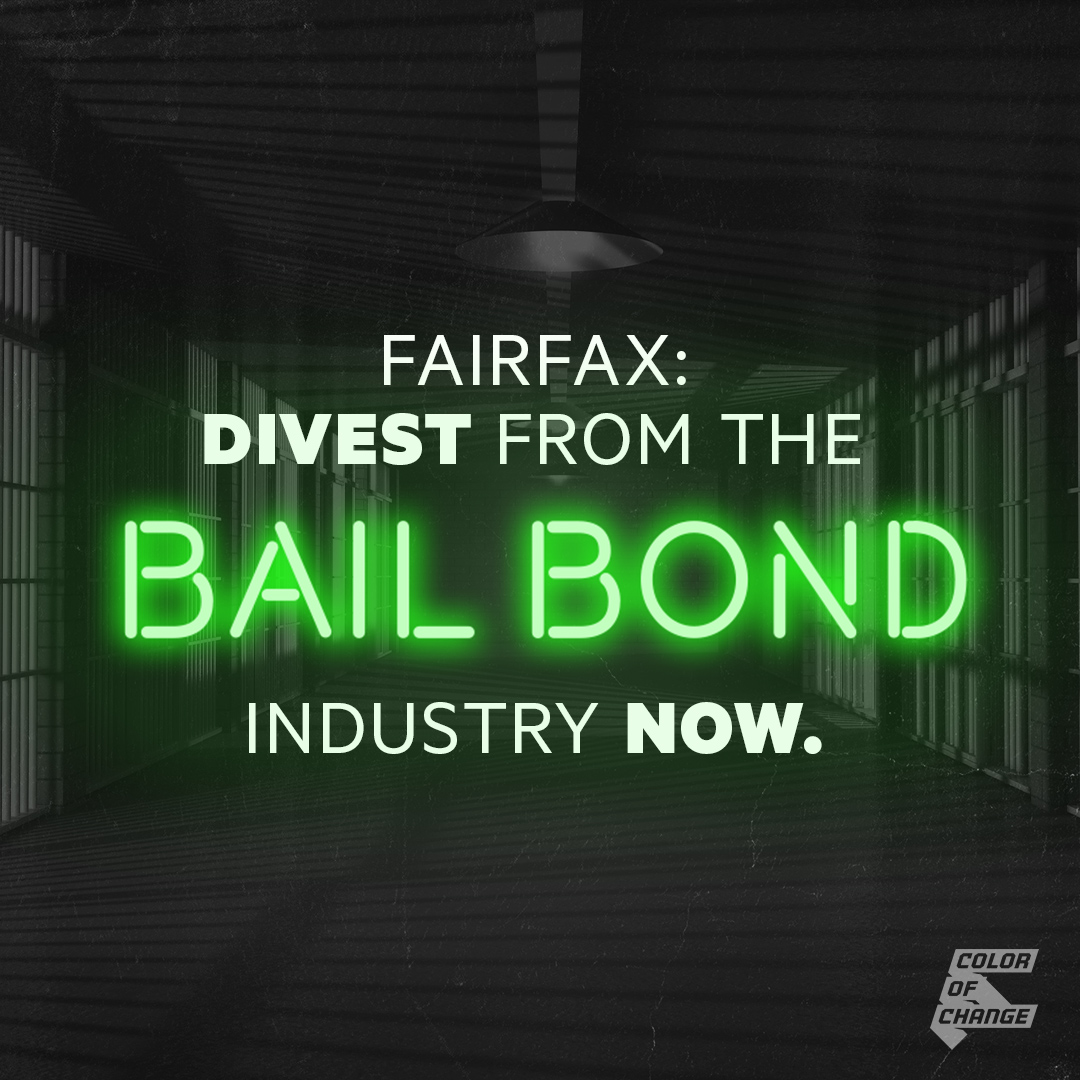 Despite the for-profit bail industry’s steady decline and loss of credibility in recent years, Prem Watsa, chief executive of the Fairfax Financial Holdings Company, continues to invest millions of dollars in the inherently racist and exploitative system of money bail.

Fairfax Financial Holdings is a publicly-traded company based in Toronto, Canada that acquired several bail companies in the U.S., making it the largest backer of bail bonds in the country.  As an insurance backer for bail bonds, Fairfax theoretically assumes the responsibility of losses, but in reality, passes the financial risk to bail agents, who then would pass the risk to families through deceptive payment plans with high-interest rates, trapping Black and brown people into cycles of debt.

Typically, when a bond is set, a person pays the bond amount to the court and the money is returned to them once they appear for trial. However, if an individual chooses to use a bail bond company (often paying a smaller deposit upfront, but a more expensive installment plan in the future) that individual will never see that money again. Bail bond companies create the illusion of hope for poor Black and brown people who are forced to make the impossible choice between their freedom and losing their jobs, housing, and even the custody of their children. In most cases, a contract with a bail bond company really means invasive surveillance, the potential of re-arrest (even when a person makes all their court appearances), or the selling off collateral assets and foreclosure of property.

Billionaire businessmen like Prem Watsa should not profit from poor Black and brown people desperate to free themselves and loved ones from jail. The selling bail bonds is not just unethical -- it’s predatory and inhumane. And it must stop.

That is why we are calling on Prem Watsa to immediately divest for the bail industry. We need to further isolate the bail industry and make it less attractive for corporations to profit from Black suffering. Our movement to end money bail successfully pressured three other major companies to exit the bail industry including most recently with Endeavour.  With your help, we can do it again.

Below is the letter that we will send to the CEO of Fairfax Financial Holdings, Prem Watsa:

I urge you to immediately divest from the bail bond industry. The selling of bail bonds is a predatory practice that disproportionately affects poor Black and Brown people. Money bail punishes people who are viewed as innocent in the eyes of the law, sometimes trapping families and whole communities into a lifetime of debt.

You were recently named a co-chair of the BlackNorth Initiative to "remove anti-Black systemic barriers negatively affecting the lives of Black people." Yet your company still owns the largest insurer of for-profit bail companies in the United States. By investing in this industry, Fairfax Financial and its subsidiary Crum & Forster, perpetuate a racist system.

Now more than ever, it is time Fairfax Financial divest from for-profit bail. Until you divest, your commitment to anti-Black racism rings hollow.

While most of your global insurance peers -- including Tokio Marine Holdings, R&Q, and Endeavour Capital -- have all responsibly exited this discriminatory industry, you are keeping it alive.

It is abhorrent for any corporation to even be minimally associated with such an exploitative industry. I am calling on you to follow your peers and exit the bail bond industry for good.