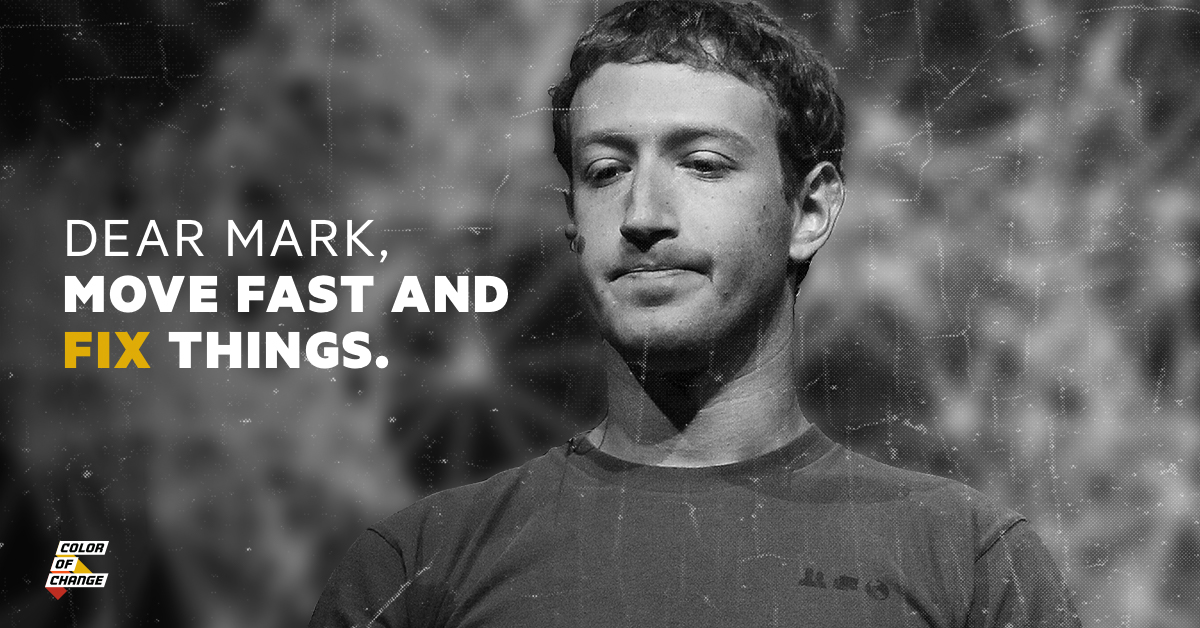 For years, Facebook has prioritized profit over the safety and privacy of millions of Americans, especially Black people, Muslims and other vulnerable groups. Through their data malpractice, opaque interactions with law enforcement, erasure of Black activist voices, and inability and unwillingness to tackle the rise of white supremacist organizing and hate speech on the platform, Facebook's failures have put our communities at risk.

After each new scandal, Facebook has offered little more than empty promises. But that ends now. It’s time that we stand up together and demand a thorough examination of all the ways that Facebook's policies and programs impact our civil rights and out safety.

Communities like ours don’t get our own special counsel or congressional hearing to expose the truth, so we have to demand it ourselves.

Make yourself heard and join us and our partners at Muslim Advocates in calling on Facebook to conduct an independent civil rights and safety audit and to publicly disclose the results and announce the steps they will take to build a safer platform.

For years, Facebook has allowed the use of its platform to promote bigotry and violate civil rights, allowing operatives to promote misleading propaganda, hate groups to organize and promote hate speech on their platform, and activist to be targeted and harassed by law enforcement. Facebook has even gone as far as selling anti-Black ads that could violate the Fair Housing Act, offered their expertise and assistance in spreading anti-Muslim videos, and have been noticeably opaque about their interactions with ICE and other law enforcement agencies.

While recent leaks and news reports have revealed some of the ways in which Facebook has violated the rights of millions of Americans, Facebook has continued to evade requests from civil rights and racial justice groups for full transparency and disclosure regarding their practices.

Facebook claims to be a platform dedicated to giving people “the power to build community and bring the world closer together,” yet they have refused to adequately address their repeated breaches of the public trust. They have shown they cannot be trusted to be fully transparent on their own and must immediately allow a public audit of their policies and platforms by an independent third-party.