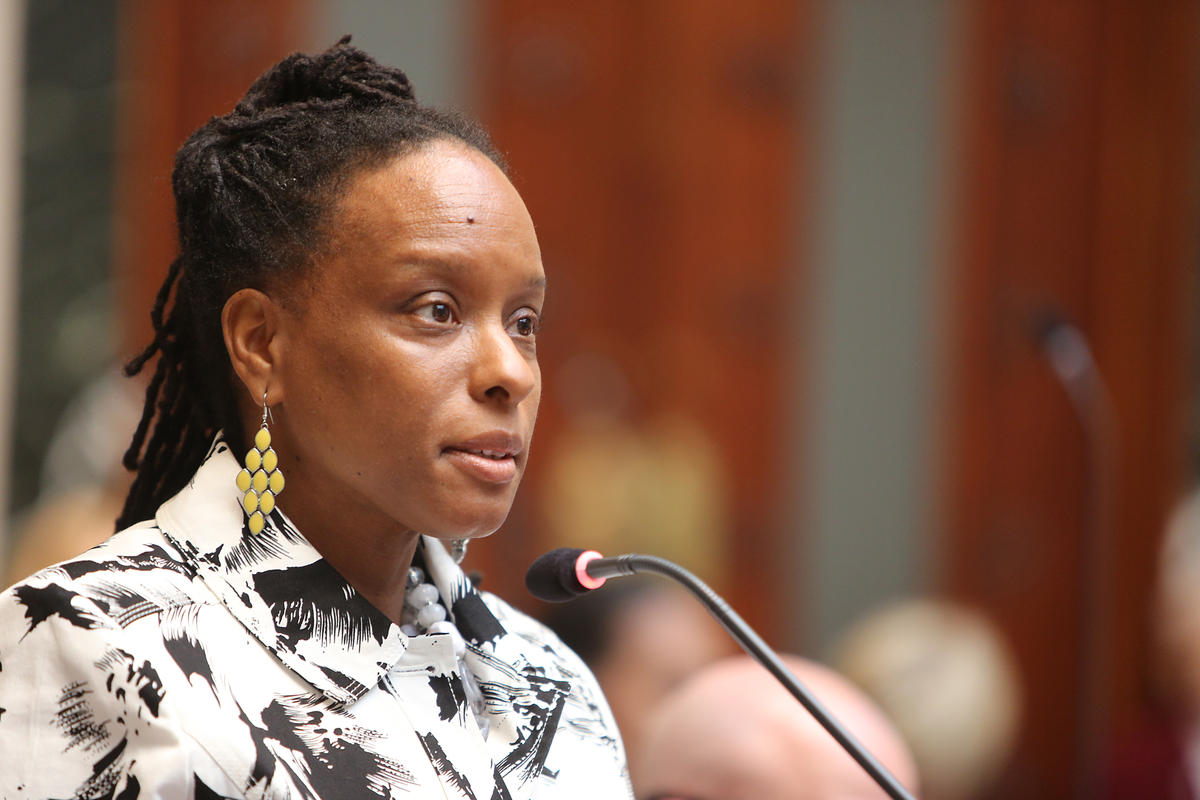 Last week, Representative Attica Scott, Kentucky’s only Black, female legislator and one of the most vocal supporters of our community’s demands for justice for Breonna Taylor, was arrested alongside 26 fellow protesters on felony riot charges. Representative Scott was attempting to enter a sanctuary church that had been declared a safe space when she was suddenly surrounded by law enforcement. Despite her video record of the entire interaction, the police are now claiming she set fire to a nearby library she passed while trying to get closer to the church’s entrance. The library’s union has already put out a statement discrediting the accusations being leveled against Representative Scott, but we know the real reason she is facing charges. In August, Scott proposed Breonna’s Law, a bill that would end no-knock warrants statewide. And when a grand jury decided not to indict the officers for Taylor’s death, Scott joined hundreds of protesters in the streets of Louisville. The state of Kentucky is trying to make an example out of Representative Scott. We can’t let them. We demand that County Attorney Mike O'Connell drop the charges against Representative Attica Scott and the 26 other protesters charged with felony rioting today.

We demand that you drop the felony riot charges against Representative Attica Scott immediately. Rep. Scott is being targeted by law enforcement for being a champion for our community and a vocal supporter of the fight for justice for Breonna Taylor. Any county attorney who would make the decision to press charges against a fellow elected official for fighting against racial injustice is not fit to hold office. In the past few months, Black protesters across the country who have put their bodies and lives on the line for our community have been ruthlessly targeted by leadership at every level and across every party with absurd, trumped up, federal felony charges. We know that the escalating use of federal force that we have seen in response to our demands for justice for Black people who have been murdered by law enforcement is just a foreshadowing of what is coming for the entire country. We will not stand by and watch you criminalize our people and our leaders for doing the right thing. We are calling on you to drop the charges against Rep. Attica Scott and the 26 other protesters charged with felony rioting today.