U.S. Attorney General Jeff Sessions is Too Racist to Be a Lawyer #DisbarSessions | ColorOfChange.org

U.S. Attorney General Jeff Sessions is Too Racist to Be a Lawyer #DisbarSessions

U.S. Attorney General Jeff Sessions is Too Racist to Be a Lawyer #DisbarSessions 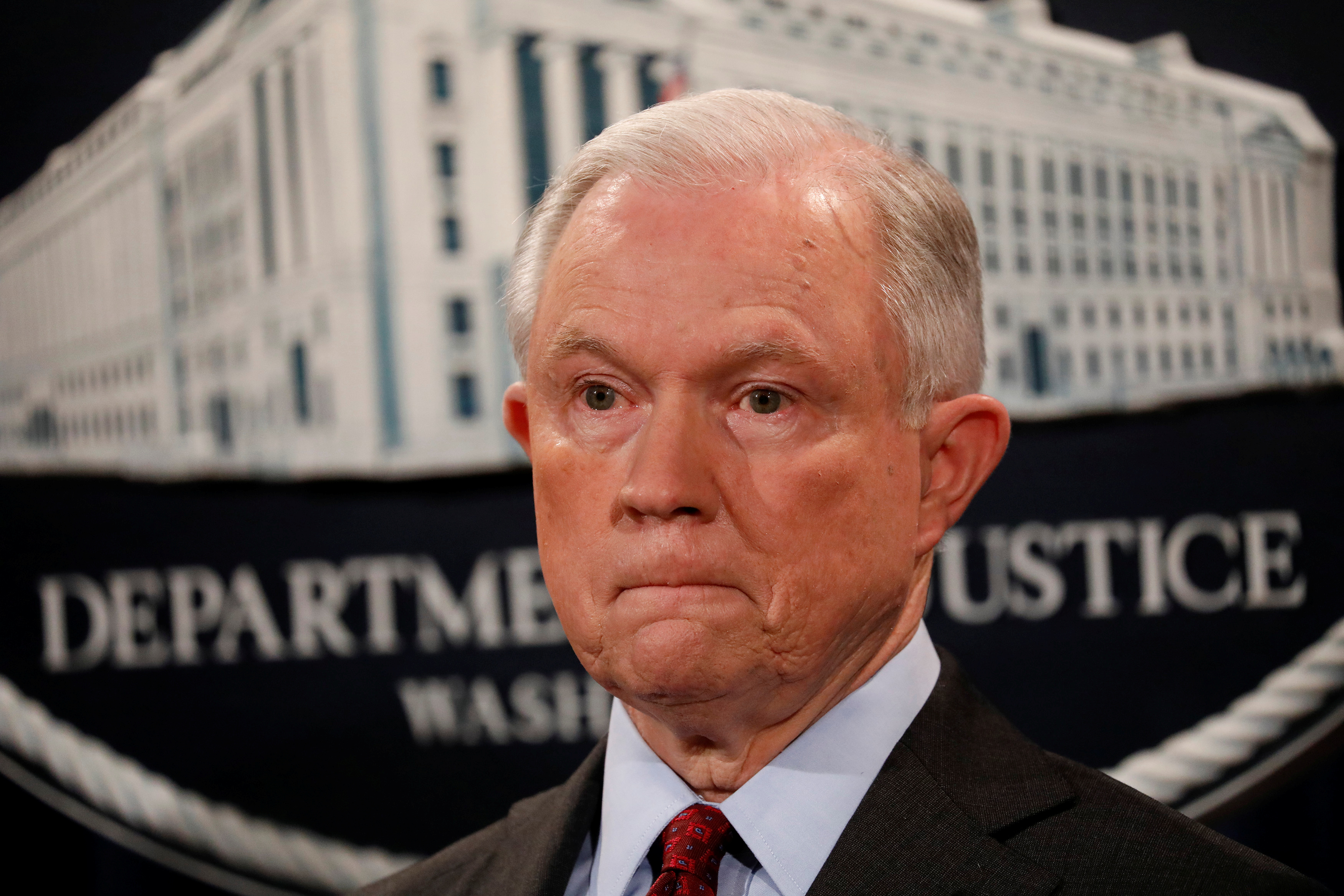 On Monday, February 12, 2018, United States Attorney General Jeff Sessions gave a speech during the National Sheriffs Association winter meeting. During his speech, he referred to law enforcement as the foundation of "Anglo-American" heritage. For decades, Sessions has proven himself to be a racist. He has build upon his position to push a dangerous white supremacist agenda. Furthermore, he continues to hold a very powerful and influential position in law enforcement and justice in the United States. The Alabama State Bar gave him the power he has now, and now it's time to for him to be disbarred.

On October 18, 2017, U.S. Attorney Jeff Sessions testified before the Senate Committee on the Judiciary, defending his stance against Sanctuary Cities, against protections for LGBTQ people, and towards criminalizing U.S. born and immigrant communities of color. His statements during this hearing are part of a history of unethical behavior, which should disqualify him from continuing as a member of the legal profession. In fact, the ACLU and over 2000 lawyers have filed bar complaints in Alabama stating just that.

But one thing that Jeff Sessions has never lied about is being a racist - his entire career is built on oppressing communities of color. As the nation's top attorney, he has more power than ever to flush lives down the drain. Under his lead the Department of Justice has:

(1) Stopped the investigation of police departments charged with racial discrimination and use of force, and instead encouraged use of army-level equipment and technology;

(3) Increased funding for local police to push the War on Drugs, and instructing prosecutors to pursue the harshest penalty for drug offenses;

(4) Attacked municipalities that seek to assure protections and constitutional rights for all residents, including immigrants;

(5) Advocated for the repeal of the Deferred Action for Childhood Arrivals (DACA), taking away protections from deportation for hundreds of thousands of young people, work permits, and ability to travel;

(6) Increased incarceration rates by targeting people with simple drug-related convictions and immigration-related crimes like crossing the border (entry and re-entry);

(7) Has interpreted constitutional and human rights protections on gender as rights that do not apply for gay, lesbian, bisexual, and transgender individuals;

As Attorney General, he is not Trump's attorney, he is the attorney of all the people of the United States. His actions demonstrate that he is incapable of representing the country and all of its people. His active advocacy against our communities is the epitome of injustice and it renders him unfit to be a lawyer, much less the person at the head of defending the interest of the United States.

Join us along with Mjente in calling on the Alabama State Bar and the Department of Justice's Office of Professional Responsibility to investigate Jeff Sessions' misconduct.

This is the message we'll send to the Alabama State Bar:

The Alabama State Bar has a duty to remove and invalidate any person holding a license to practice law who do not uphold the values, principles, and integrity of justice and fairness. It is time that Jeff Sessions is no longer U.S. Attorney General, representing the Department of Justice and the people but also no longer has the right to practice law. On behalf of the people, we call on you to make the right decision and show real leadership in disbarring Jeff Sessions immediately. Many communities of color and immigrants continue to be attacked, profiled, and criminalized under Jeff Sessions. He has abused his power long enough.