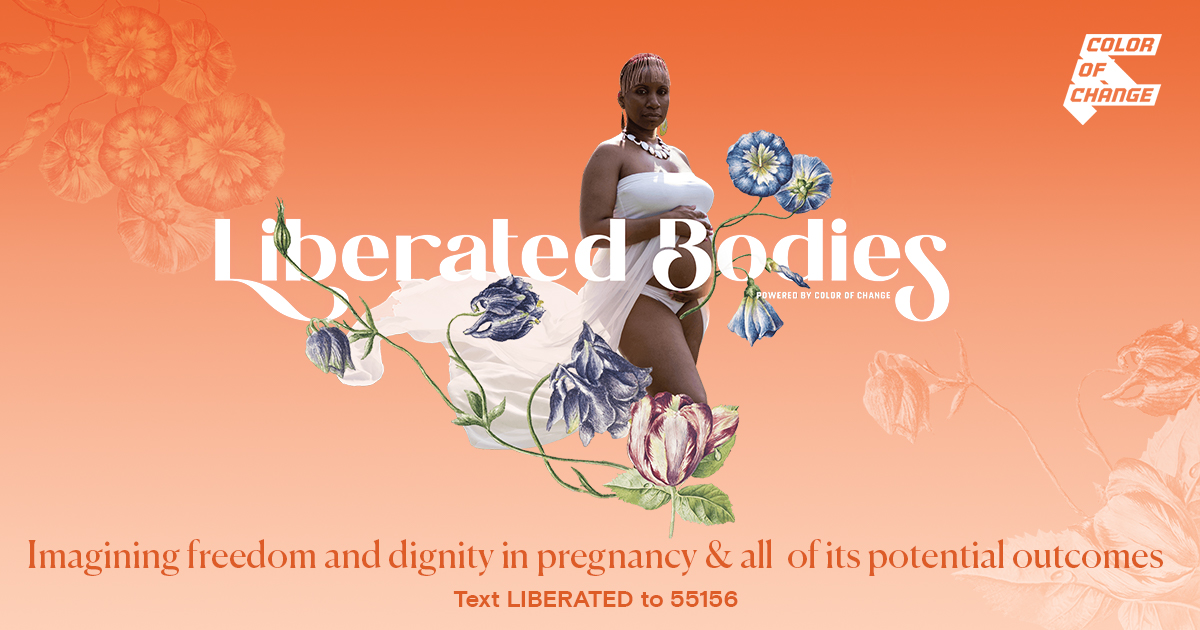 Black people deserve dignity and respect when choosing whether to have a child or not but they’re not getting it. Nearly 48 years later, lawmakers around the nation are still working to overturn Roe v. Wade and pass legislation with unconstitutional abortion bans and restrictions across the country, especially in the South and Midwest.

Consequently, pregnant people are forced to live in fear that an abortion, miscarriage, stillbirth, or simply doing or not doing something during pregnancy could result in civil and/or criminal consequences that lead to arrest, prosecution, prison sentences, allegations of child abuse, neglect, loss of parental rights, death and more.

At least 1,200 people, but likely many more, around the United States have been prosecuted and punished for actions or inactions that would not be considered crimes if they were not pregnant.

That’s why solutions grounded in Reproductive Justice are essential. We must demand an end to the systems that seek to oppress and restrict access to unbiased and equitable health care.

ADD YOUR NAME: Join us as we make our demands clear: Local prosecutors across the country have a responsibility to prioritize internal policies that are rooted in Reproductive Justice and resources that institute an anti-racist model of health care.

See letter that will be sent to prosecutors across the country:

As a prosecutor, you have the power to enact policies and infrastructure that could discourage law enforcement from arresting pregnant people based on the circumstances of their births and alleviate the fear that an abortion, miscarriage, stillbirth, or other possible variation of a pregnancy outcome could result in a prison sentence. To that end, we are calling on you to commit to the following: