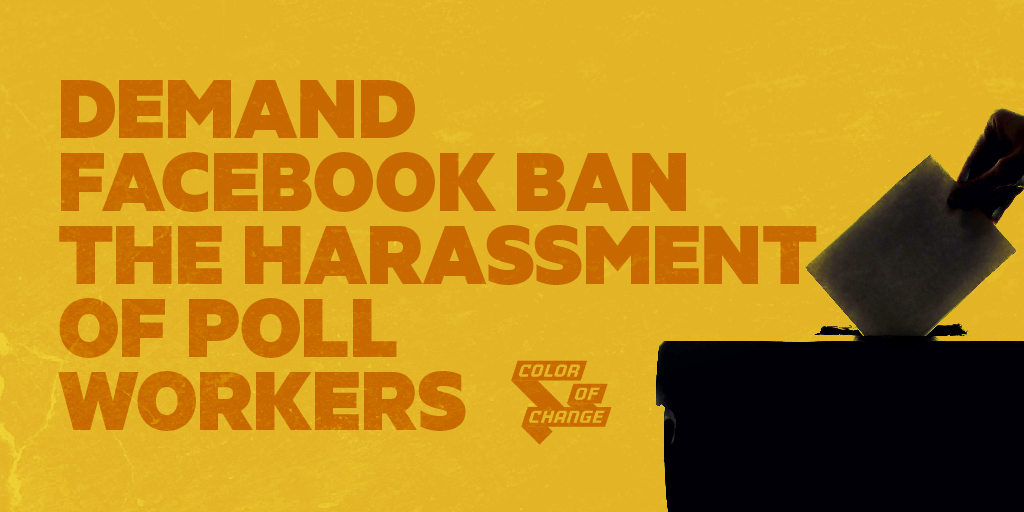 Facebook must protect our election workers. The Georgia senate runoff elections are less than a month away, and poll workers who are mainly Black women are being harassed and threatened. Election poll workers are front-line defenders of our democracy and should not live in fear because they are public servants. Facebook already offers additional privacy and safety features to journalists and politicians but refuses to protect election workers. This is unacceptable.

Below is the letter we will send to Facebook:

Facebook, the work is not over. Ballot counters who are mostly Black women have been on the frontlines to ensure our democracy remains intact. The harassment they’ve experienced due to online organizing on your platform is not acceptable. Past events have proven that organizing around hate has caused real-world violence. No one should live in fear because they chose to be a public servant. Your platform already has in place mechanisms to protect journalists and politicians: election workers deserve the same protection. To stand idle while touting improvements to your platform reflects a disregard for the real-world effects the activity on your platform creates. If Facebook is serious about protecting Black people, communities, and public servants, ban the harassment of poll workers.