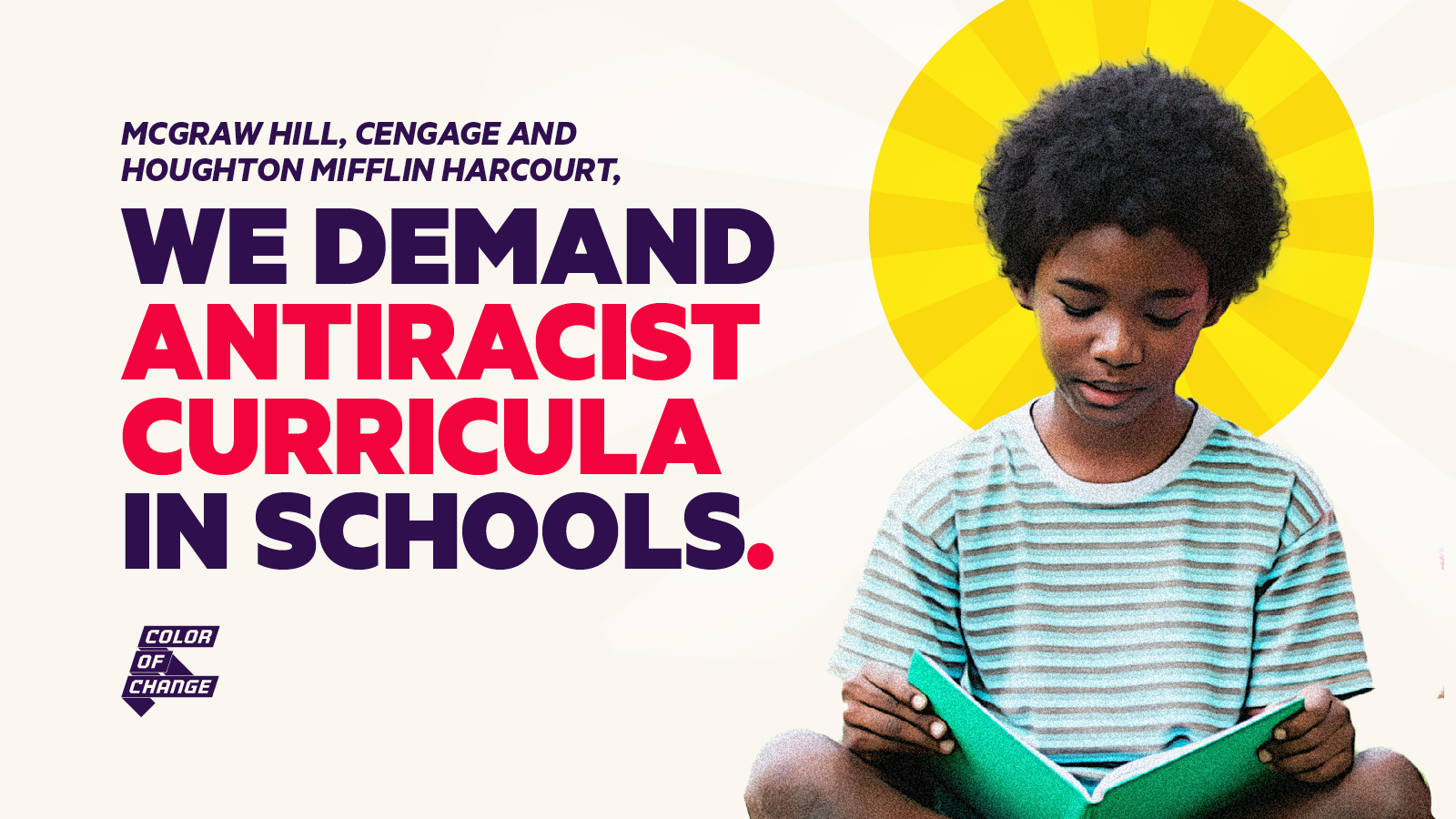 Black history is under attack. On March 22, the Florida legislature passed a bill that censors critical conversations about slavery, systemic racism, and oppression. A month later, the Florida Department of Education (FLDOE) rejected almost half of the math textbooks for the upcoming year, some of which featured ethnically diverse names in written prompts or included facts about Black mathematicians, like Dorothy Johnson Vaughan. While some of those math textbooks have since been reinstated, it’s clear that Florida legislators and school board officials are targeting textbook content and attempting to white-wash what our children learn in school. Back in October, Color Of Change warned textbook publishers that this could happen, but none of them wanted to make their commitment to teaching Black history public. Now, more than three million children could be robbed of the educational (and cultural) enrichment they deserve.

Unless textbook publishers take action, right-wing conservatives and extremists will continue to deprive our children of a well-rounded education. Demand that McGraw Hill and other textbook publishers fight back against these attacks and make a public commitment to never yield to demands to erase Black history from their learning materials! Black lives, Black children, and Black futures depend on it. #DefendBlackHistory

Back in October 2021, Color Of Change warned textbook publishers about the right-wing attacks on Black history, but none of them listened. Instead, textbook publishers have sat idle as Black communities (and allies) reckon with the real-world harms imposed—from white nationalist violence (e.g., the Buffalo shooting) to the harassment of educators who dare to teach our children Black history. There is too much at stake to do nothing. Again, we are asking that you:  Sincerely,
[Your Name]